Rotodiscs are found orbiting gray or red orbs, on which it is possible for Mario or Luigi to stand. Roto-discs are nearly invulnerable; they can only be destroyed if the player transforms into a statue by using the Tanooki Suit and lands on top of one. Duo-Roto-Discs can also be found, which consist of two Rotodiscs circling the central orb. If the player destroys one using the Tanooki Suit, the other will disappear.

Aside from Super Mario Bros. 3 and its subsequent remakes, the only other appearance of Roto-discs is in the Mini-Mario course in Bowser's Castle in Mario & Luigi: Superstar Saga. As a throwback to the previous games, they are obstacles that will send Mario back to the beginning of the area if they connect with him.

Super Mario Land also contains enemies that orbit a similar-locking block and share the same attack pattern; their name isn't given, but they behave similarly to Rotodiscs.

Super Mario Land 2: 6 Golden Coins contains an enemy known as a Satellite in the Mario Zone, which behaves in a very similar fashion to a Roto-disc. 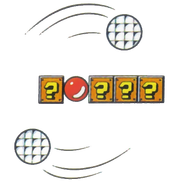 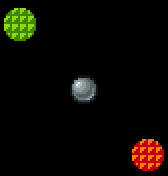 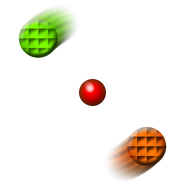