Robin is a playable character in Super Smash Bros. Calamity. Robin is the default name for the avatar character in Fire Emblem Awakening as a main character alongside Chrom.

Thunder has 20 durability points. Neutral special uses 1 durability point, though other forms use different points (see below). Respawns after 10 seconds. Minus 2 seconds per KO. 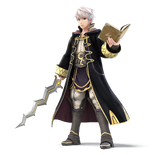 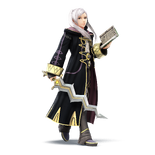 Retrieved from "https://fantendo.fandom.com/wiki/Robin_(Calamity)?oldid=2610669"
Community content is available under CC-BY-SA unless otherwise noted.