Ridley is the main antagonist of the Metroid series, and the nemesis of Samus Aran. Ridley is a high-ranking member of the Space Pirates, possibly even their leader, and had murdered Samus' parents when she was a child. Ridley goes through various forms of growth stages prior to becoming a dragon-like creature, starting out as a creature dubbed "Little Birdie" before morphing into an adolescent form known as the "Mysterious Creature". Contrary to his appearance, Ridley is of high intelligence, showing knowledge in combat and giving orders to other creatures, as well as knowing when to retreat. 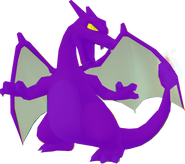 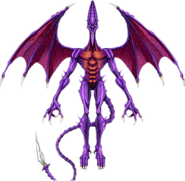 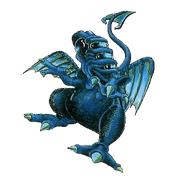 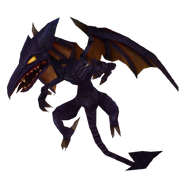 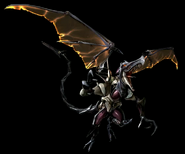 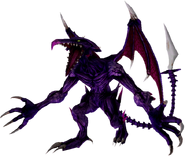 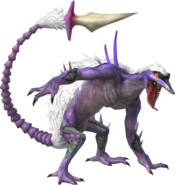 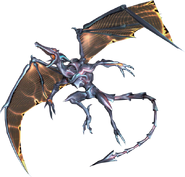 Add a photo to this gallery
Retrieved from "https://fantendo.fandom.com/wiki/Ridley?oldid=2030319"
Community content is available under CC-BY-SA unless otherwise noted.