Start a Wiki
Revelation Heroes Entertainment is a fictional gaming company. They created the failed Nintendo Matrix and are now working on games for their own console, the Nexus, a console focusing primarily on original games.

On the 10th of April, 2017, they bought out ChromaForce Studios, a television company that had gone bankrupt in 2001, taking all records of their products with them.

I made this thing a long time ago when I was a bored highschooler. I now occasionally add stuff to this site when I'm bored, because making theoretical games is a hobby and Uni is hard.

Hello, I am Anakin Nakamura. I am new to this company. Thank you again, Guygombaa, for accepting me into Revelation Heroes Entertainment. Anyways, I'm hoping I could bring my ideas to RHE and create some good games here.

Aside from being part of Revelation Heroes Entertainment, I am also the owner of several other companies. You probably have seen them, cause they have funny brand names.

Initially founded in August of 2012, RHE originally created products for Nintendo before shutting down later that year.

In April 2017 they began business again, developing games mainly for their new console the Nexus, specifically early titles such as Wastelander, Ruby Tuesday, and Bay of Thieves. Bigger projects such as Dead Star, Descendants, and the Vigilante Trilogy have entered production as well.

If Guygombaa doesn't jot down ideas he tends to forget them, so here they are. Also, these are working titles. 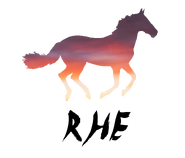 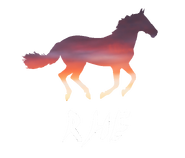 2020 Logo (High Visibility Version)
Add a photo to this gallery

Retrieved from "https://fantendo.fandom.com/wiki/Revelation_Heroes_Entertainment?oldid=3165043"
Community content is available under CC-BY-SA unless otherwise noted.