Remaka is a supersized crystal-shaped Herald that is the size of the universe and is typically seen as a unstoppable object with no possible unmovable force to get in it's way. The character was created by Helena Harper (t∣b∣c) as a example of a more unusual Herald, wanting to create more atypical character designs than the human ones seen previously for what were supposed to be characters that hopped around from universe to universe.

Remaka is a universe-sized Herald that cannot speak, although when it is seen, it is usually because it is entering out of a portal and entering inside of another universe. This is deadly to the inhabitants of this universe as Remaka's size and mass will destroy everything in it's way. It blasts Phil Collins music that can be heard across the universe, although this is not a conscious choice of Remaka.

Remaka resembles the interior of a huge spaceship inside, with many twisting corridors and has a control panel that hosts it's robotic brain. It is constantly pumping out poison gases that will kill anyone inside fairly quickly. Remaka has billions of bodies inside of it, all of which have rotted away quickly inside.

Remaka is arguably... not sentient. They cannot talk, and it doesn't really express a desire to do anything; even mind-readers are not able to get anything out of Remaka's internal thoughts, although it is just as likely that it's sheer size disallows it from having it's mind opened to being read by a normal sized human character. Remaka is able to create projections using it's blue lights to create personas that live out entire lives in the collapsing universes. These personas vary wildly, and it's unsure if Remaka is consciously creating them.

Remaka is known for it's blasting of Phil Collins' music, which is not a conscious decision on it's part, having been implanted there by a Siandrall named Pentel, who actually managed to go inside Remaka in a attempt to turn off Remaka, but was unable to and decided to inject Remaka's computer with a playlist to warn other universes as he succumbed to the toxins inside Remaka.

Remaka is a Herald, allowing it to create portals to other multiverses, as well as creating universes with the Stenographer Stones, although it is unlikely it would ever do so considering it's seeming limited amount of consciousness. Remaka also blasts Phil Collins across the universe as almost a warning call to other Heralds, although this is unintentional on it's part. It also creates "Personas", blue skinned beings that live out their entire lives during the collapse of the universe, allowing Remaka to experience the universes it inadvertently destroys on a more personal level, although Remaka doesn't seem to react to what it's Personas go through. 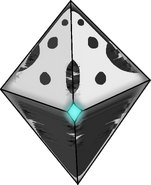 Remaka's artwork
Add a photo to this gallery

Retrieved from "https://fantendo.fandom.com/wiki/Remaka?oldid=3210914"
Community content is available under CC-BY-SA unless otherwise noted.