Red is the main character of the Hood'ems series. He made his first appearance along with Yellow in the 2011 game Hood'ems.

Red is a loving character. He is in love with Yellow.

Red is just about an average Hood'em. He wears his red hood over his face.

Red debuts in Hood'ems, and strolls across the desert with Yellow. Ninjas attacked them and they were seperated. Red made his way towards Yellow, fighting many villains on the way.

In FANS, Red is the leader of Team Red. In the team is:

A full gallery of all artwork of Red. 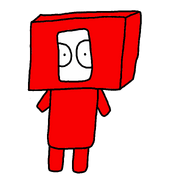 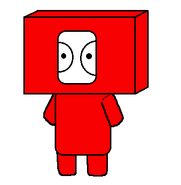 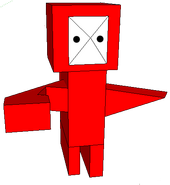 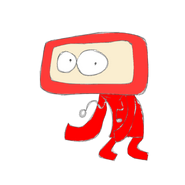 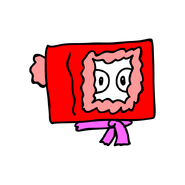 This article is a Hood'ems related stub. You can help Fantendo by expanding it.

Retrieved from "https://fantendo.fandom.com/wiki/Red_the_Hood%27em?oldid=3327442"
Community content is available under CC-BY-SA unless otherwise noted.