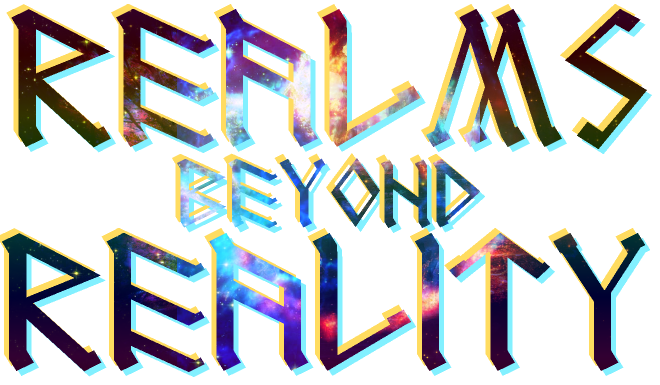 Realms beyond Reality (RbR) is an upcoming Turn-Based 4X Game for the Nintendo Switch, PlayStation 4, Xbox One & PC. The game is similar in ways to other 4X Games focusing on the premise of eXplore, eXpand, eXploit and eXterminate and has the player controlling one of the various factions in the game. RbR is also part of the High Fantasy genre and has the player able to pick from several non-human creatures as well as having various fantastical elements that impact gameplay.

During the opening credits of the game there is a cutscene showing the various factions that appear in the game including Humans farming crops on open fields, Gremlins mining for gold within chasms, Fungafolk using chemistry in a laboratory, Merfolk performing at a coastal opera and an army of Beastmen and Draconians going to war with one another.

The player can find out about some of the culture of each of the civilizations both from their bonus attributes, unique units and buildings as well as the game's encyclopedia on elements of the game.

Realms beyond Reality is played in a three-dimensional spherical board comprised of 5 to 8 sided tiles, the player's goal in the game is to complete one the various objectives in the game, these depend on if the player is playing a scenario or free-play and can be customized in the latter during the Game Setup section of the menu. The player is able to build settlements, construct buildings, recruit units of various types including combat, scientific, magical and civilian among others and explore the world in search of the other factions on the map and bonuses found throughout.

The game has several starting options including; Nomadic (No Starting City), City Center Only (Just the basic City) or Specialized (City with one Specialized District that the palyer can choose for their faction).

Cities function quite differently in this game to other 4X Games, there are several types of structures within a City that the player needs to be aware of;

There are a number of Unit Types in the game, each having their own roles and abilities;

There are several Victory Types in Realms beyond Reality that the player can strive to achieve, during the Game Setup different Victories can be Enabled or Disabled;

The World is generated based on a seed that the player can input during the Game Setup or import from other players, there are a variety of environments that can appear across the world ranging from realistic environments like Forests, Plains, the Ocean, Deserts, Tundra and Mountains to more magical ones like Bolenum, Lapacu, Obstalt, Glaciano, Nebulcarn and Nuravi.

In addition to the more varied terrain the player will also find that the world is not limited to just one level, the player can have units some time into a game explore underground finding certain resources significantly more easily as well as encountering more dangerous enemies. Underground Caverns vary in type and length with some going for dozens of tiles while others are strictly a single tile wide. The player's options in what to do with the underground tiles is different to their above ground counterparts and the player also has the option of opening up an underground tile to the surface merging the two into a single layer, this cannot be done for all tiles however and only works on ones without City Centers, Districts, Specialty Buildings or Landmarks.

As with other 4X Games, tiles of the same time can vary based on additional factors; Vegetation, Rivers, Mountains & Hills. The presence of these is not considered a new tile but can impact the player's ability to have units traverse the tile.

Food is the resource by which Cities grow, it is generated from Buildings and Improvements and when there is more Food Produced than the Consumption of a City its population will grow. Populations will not grow if the next Population Consumption Rate is greater than that of the Food Produced at the current turn.

Science Output in Buildings benefits when the Building is adjacent to tiles with Non-Science Resources, the more of these that are adjacent the greater the Science Output for that building.

Culture leads to Civics which are a set of acquirable bonuses for the player's faction only found in Philosophical Moments. Culture Buildings generate Cultural Pressure to surrounding Buildings, the amount of Culture a building produces is dependent on how focused its pressure is, the more buildings in a city and the more evenly they're spread out the better the output will be.

The Tree is a system similar to that of Tech Trees in other 4X Games, however unlike those games, The Tree is a multi-layered one combining Scientific Technologies, Philosophical Moments and Magical Spells together under a single interlocking tree.

The Tree is split into Eight Eras each with various things that can be researched. As outlined earlier, Technologies, Moments & Spells are unlocked and made available for research by discovering a trigger for them. Each has their own hint to help the player although there is often more than one way to discover them, once discovered a Technology can be researched with Science, a Moment can be researched with Culture and a Spell can be researched with Magicka. The total cost of all Techs, Moments or Spells for a given Era increases with each Era however due to the different amount within each era the cost of an individual Tech, Moment or Spell may be less than that of a preceding Era.

Alongside those three there are also Governments which allow the player to adjust the Civics they receive from researching Philosophical Moments. Governments can consume all three forms of Resources and so as long as the player is researching a Government and not researching a Technology, Moment or Spell it will consume that respective Resource instead. Governments also cost considerably more than any of the other three so it is often wise to dedicate all resources towards unlocking them quickly.

When not researching a Technology, Moment or Spell the player's Faction will accumulate excess of the relevant Resource, the player can build special Buildings in their Cities to collect and hold the resources so they don't go to waste, it is always more advantageous to be constantly researching than to be collecting however this does mitigate loss and can build-up an reservoir of a resource allowing for rapid research of a Tech, Moment or Spell depending on the resource and can potentially allow for an instant research where the Tech, Moment or Spell is discovered on the same turn it was started.

Retrieved from "https://fantendo.fandom.com/wiki/Realms_beyond_Reality?oldid=3273074"
Community content is available under CC-BY-SA unless otherwise noted.