Raichu is an Electric-type Pokémon species that evolves from Pikachu via exposure to a Thunderstone. When it becomes too aggressive (too much electricity in its body), it discharges power through its tail by sticking the end of it into the ground. Scorch marks from this discharge are found on the ground near its nest. It is a Generation I Pokémon, and is the final evolution of Pichu. Although it can stand on its hind legs, it runs faster on all fours.

Raichu has an Alolan variant that is Electric/Psychic-typed.

Raichu is voiced by Urara Takano in the Anime, and Fumiko Takekuma in Super Smash Bros. Ultimate

Raichu is orange in color, with a white chest and stomach, yellow circles on its cheeks, two brown stripes on its back and curled brown ears, as well as a long, thin black tail ending in a thunderbolt shape. It is 2'7" tall and weighs 66.1 pounds. 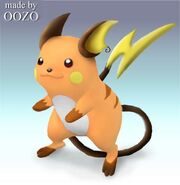 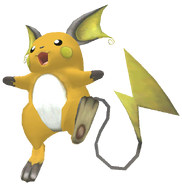 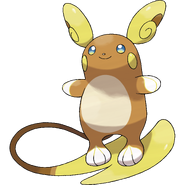 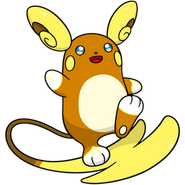 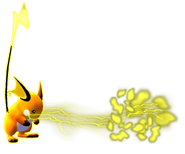 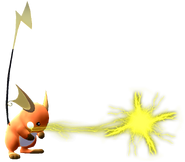 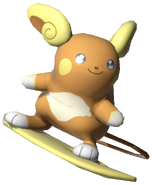 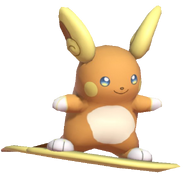 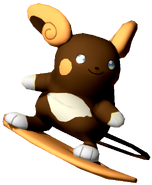 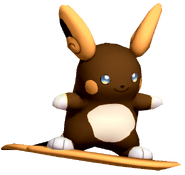