Pyro Enterprizes is a company developed by Pyrostar to create fanon games and related content. While the majority of their games are on the Wii U and Nintendo 3DS, as well as their own console, the Pyrohedron, some games have been released for other consoles.

Their mascot was originally intended to be Sabi, but then switched to Fera due to being more liked by the creator and general wiki community, and represents the company in most Fantendoverse content.

Warxo is a now-defunct videogame development studio and console manufacturer founded in 1995, located in an unknown area within the United States West Coast. Warxo are the developers of the Muse system, though the project was ultimately cancelled for various reasons, and the company filed for bankruptcy shortly thereafter in 1997. The only game the company successfully managed to release was an obscure title known as Silent Shield, a tactical RPG launched on the Super Nintendo Entertainment System in 1995.

Years later, Pyro Enterprises purchased the company's assets, relaunching the Muse console as well as the many undeveloped games for the system. In addition, a port of Silent Shield was created for the system in an effort to be authentic towards the original creators.

The Pyroverse is the major narrative series being drafted by Pyro Enterprises, inspired by the success of the New Fantendoverse. The Pyroverse features all of the company's original IPs in a collective multiverse, coming together and interacting in a large, overarching feud between good and evil. The recommended reading list for each arc is shown here.

Pyro Enterprises has developed 3 consoles within its lifespan. These consist of the Pyrohedron, released September 27th, 2014, the Midas, a handheld console released on April 7th, 2017, and the Onyx, a successor to the Pyrohedron released on August 17th, 2018.

As of February 23rd, 2015, Pyro Enterprizes began publishing a daily image in the vein of the Super Smash Bros. "Pic of the Day" program under the moniker of PyroVision Directs. PyroVision Direct images are not set on a specific game, and often change focus daily. 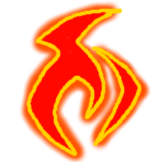