The Power Star is an item in the 3D Super Mario games, mainly Super Mario 64, Super Mario Galaxy, Super Mario Galaxy 2, and Captain Toad: Treasure Tracker. Mario must explore courses or travel through galaxies to collect them. When he has collected enough, he will generally unlock new levels, some of which lead to boss battles against Bowser.

If Mario gets help from the Cosmic Spirit, Starlow or Robud, he will find a Bronze Star that, while functionally identical to its Power Star counterpart, shows that the mission was completed using assistance.

The Power Star and Super Star generally don't exist in the same games, due to their highly similar appearances. From Super Mario Galaxy onwards, Power Stars were technically distinguished by their rounded points (although Galaxy still opted to replace the Super Star with the Rainbow Star). However, this rounded appearance was undone in Super Mario Odyssey, where they are shaped like Super Stars.

Power Stars return in Super Mario Radiance, where the sun was split up into many of them. Every Power Star that the player collects flies into space, and begins merging with the other Stars the player has collected to form a new sun.

Power Stars do the same as in Super Mario Star Journey: Act as goals and open gates (in this game's case, Warp Pipes) to new courses. They were stolen by Bowser and scattered around.

In Super Mario Maker Phi, a new subset of Stars called Horostars were introduced and can be collected in the game's Chrono Missions. They are displaced across time and thus require the player to go through old levels and do missions in there, sometimes with displaced objects or enemies.

In Super Mario: Elemental Journey, four new sub-sets of stars called Elemental Stars were introduced, each star representing one of four elements (Fire, Water, Thunder, and Earth). These Stars play a part in powering up the Flower Forms that Mario and others can utilize over the game.

'In Super Mario: Dimension Journey 3 power stars are needed to access Dark Star 2.0 and Champion Field (called 'Master World' in the overseas release. They are found throughout the levels and 67 Green Stars are scattered throughout the game after collecting 100 stars. There are 10 Grand Stars that unlock more worlds. There are a total of 197 stars in the game.

In Super Mario Power Star Mayhem, Power Stars act as a goal and collectable. To complete a level, Mario has to collect the one floating at the end of the level. 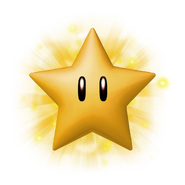 Mario after finding a Power Star. 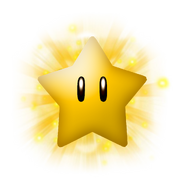 A Power Star as it appears in Super Mario Star Journey. 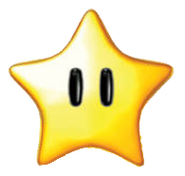 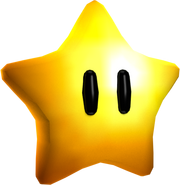 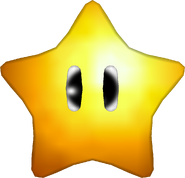 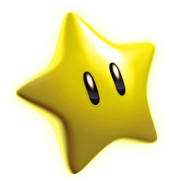 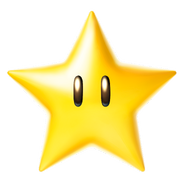 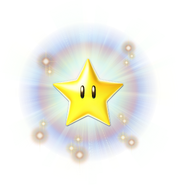 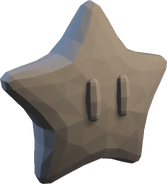 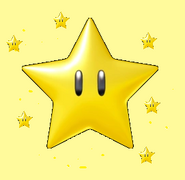