The Power Flower is a power-up that appear in Super Mario 64 DS. They replace the power-ups functionally from the original Super Mario 64, as each character now has their own unique transformation when they use one.

When Mario uses a Power Flower, he's ready to float for a brief time, almost like the P-Balloon from Super Mario World. If Luigi uses one, he becomes Vanish Luigi, becoming partially immaterial and ready to move through certain objects to urge to new places, like the Vanish Cap. If Wario uses one, he becomes Metal Wario, gaining the power to fall underwater, also as having the ability to face up to great winds. When Yoshi uses an Power Flower, he gains fire breath which will melt ice and damage enemies, like eating red watermelons or fire-based enemies within the Yoshi franchise. Power Flowers were originally unlocked after pressing the ? Switch in Tower of the Wing Cap in Super Mario 64 DS.

Power Flowers return in New Super Mario 64 3D and its Switch remake, and now are color coded for each character.

Power Flowers return in Super Mario 64 3DS and continues to be color coded for each character. 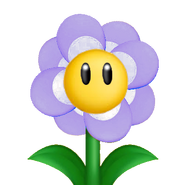 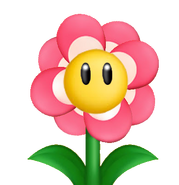 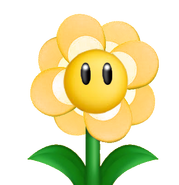 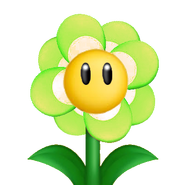 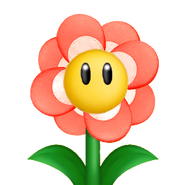 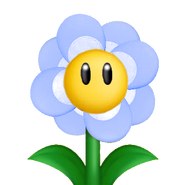 Retrieved from "https://fantendo.fandom.com/wiki/Power_Flower?oldid=3245693"
Community content is available under CC-BY-SA unless otherwise noted.