Polari is an elderly black Luma, who is said to be one of the oldest Lumas in existence. Having extensive knowledge of the Comet Observatory, Polari serves a guide to Mario.

His name is derived from the star Polaris, also known as the North Star. His name may also be a pun on polarity, meaning the brightness of a star. He may also be a reference to black dwarfs, or dead stars. Oddly, his name never appeared in-game, only in the instruction manual.

Polari, unlike all other Lumas, is a very dark brown color and has light blue eyes. He is relatively the same size as all other Lumas, excluding the larger Lumas like Hungry Lumas, Lumalee and Lumacomete.

Polari shows certain similarities to Toadsworth. Both are amongst the oldest of their respective species and protective of their advisor. They also each share a darkish color, which is unusual if comared to others of their species. He also is shown to have wisdom in which he tells Mario about the Trial Galaxies.

As all Lumas, Polari loves Star Bits and may thank the player if they shoot a Star Bit at him. Polari makes a distinctly different noise when compared to other Lumas. His voice is more deep sounding and doesn't make the typical Luma joy sound.

He can be controlled by Player 2 in this game.

The events of this game explain Polari's backstory and how he came to befriend Rosalina. He assists her in bringing down the ultimate evil known as the Cosmic Spirit. 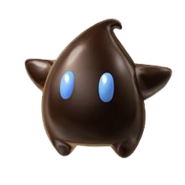 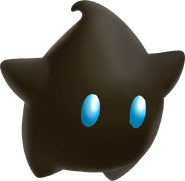 Mario Kart: Double Blast!!
Add a photo to this gallery
Retrieved from "https://fantendo.fandom.com/wiki/Polari?oldid=3358723"
Community content is available under CC-BY-SA unless otherwise noted.