Start a Wiki
NOTE: This is a fangame made by Ninkancho. Please don't make major edits without permission. Leave feedback in the comment section! 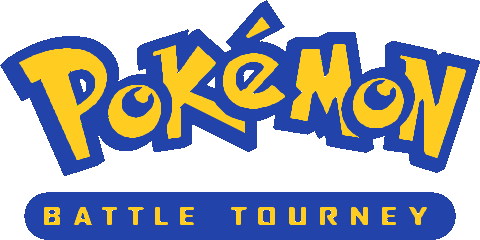 Pokémon Battle Tourney is a turn-based strategy videogame in the Pokémon series. The game is under development by Ninkancho for the Display. It is scheduled for release in December 2016, about a month after the release of Pokémon Sun and Pokémon Moon.

The original concept for Pokémon Battle Tourney was to add enough new gameplay features to a Pokémon Stadium-style battle simulation to warrant a new game. Battle Tourney was first officially announced in late May 2016. It was presented as a companion game to Pokémon Sun and Pokémon Moon, and a spiritual successor to the Pokémon Stadium subseries. Development continued throughout 2016, with large amounts of information revealed in June and July.

Naturally, the bulk of Battle Tourney is battling, whether locally against random wild Pokémon, or via local multiplayer or online multiplayer. Players can import their Pokémon from, and export them to, Pokémon X and Pokémon Y, Pokémon Bank, and Pokémon Sun and Pokémon Moon. In case the player does not have any Pokémon from those games, they can use rental Pokémon and amiibo Pokémon instead.

Up to five players can compete in many types of battle variants other than the traditional setup. Returning variants include:

In battle, players must navigate menus on the bottom screen. This lets them command the active Pokémon to fight with one of four moves, use purchased items from the bag, switch out the active Pokémon where possible, or try to run from a wild battle. This is done using either touch controls to tap the on-screen buttons, or

to move a cursor,

to select an option, and

to go back. The action plays out on the top screen, where the player can see their own and any foes' Pokémon from their own character's perspective. A more dynamic camera and higher-resolution, higher-polygon graphics are used on the TV screen if players are connected to a Display Box.

Players can visit the Pokémon Center between battles to heal their Pokémon and buy items. The Pokécen is also a good place to socialize, since players can interact with other Miiverse users as in Splatoon's Inkopolis Plaza, and submit their own Miiverse posts at the new green Miiverse Mail stand. Players are given 50 Play Coins at the start of the game, as they are used to buy items and clothes from the Poké Mart and Boutique stands respectively. As in the core-series games, the loser of a battle will give some of their Play Coins to the winner.

Tourney Mode is an online single-elimination tournament mode. Players from across the world use an Internet connection to enter their Pokémon into a tournament room. When the tourney begins, players must win Single Battles to continue in a bracket format. Losing one battle means that the player is out of the competition, but if they can place third, second, or first, they will win expensive items and a large sum of prize money.

Items can be bought at the Poké Mart stand with Play Coins. Here is a list of available items—progressively more are unlocked as the game is played more.
Items TBA

Clothing can be bought at the Boutique stand with Play Coins. Unlike in Pokémon X and Pokémon Y, clothes are not gender-specific, meaning that players can effectually cross-dress if they so desire. Here is a list of available clothing—progressively more are unlocked as the game is played more.
Clothing TBA

A hidden goal in the game is to complete the Pokédex, an ongoing encyclopedic index of all Pokémon, accomplished by having owned each of the known Pokémon species. Rental Pokémon do not count, as the player does not own them. Imported and amiibo Pokémon are fair game for the Pokédex, however.

The Pokédex also contains the easier milestone of seeing all species. Battling with others' Pokémon, including rental Pokémon fighting on either side, counts towards this goal.

New amiibo figures of special and popular Pokémon will be released alongside Battle Tourney, with many of the Pokémon in question being from past games and the anime, or of fan-favorite species. Figure Pokémon can permanently gain experience and stat boosts in the game. This is similar in concept to the amiibo training feature in Super Smash Bros. for Nintendo 3DS and Super Smash Bros. for Wii U. Outside of battle, tapping a figure when its Pokémon is already in the game will recall the Pokémon to its amiibo figure, saving all of the Pokémon's data in the process.

More common than the figures are amiibo Pokémon Trading Cards, allowing the player to use Pokémon with the moves and stats written on their respective cards. The cards can also legally be used in the Pokémon Trading Card Game, whether in battle or in trade. However, recalling a card Pokémon will not overwrite its data, unlike figure Pokémon, due to the trading card presentation.

Wooper (Aquapolis 117)
Add a photo to this gallery

ninkancho
Retrieved from "https://fantendo.fandom.com/wiki/Pok%C3%A9mon_Battle_Tourney?oldid=2416859"
Community content is available under CC-BY-SA unless otherwise noted.