Pile Driver Micro-Goombas, also known as Hidden Goombas, are a species of Goomba from Super Mario Bros. 3 that hid in Brick Blocks and try to jump on Mario when he comes near. Blockhoppers are a similar enemy that appeared in New Super Mario Bros.

Pile Driver Micro-Goombas reappear in New Super Mario Bros. Wii 2: Bowser's Back. The block they hid in can be different colors. They are now found in almost every world.

Pile-Driver Micro-Goombas reappear in the WickedWare game Goomsday Wii, under their new name of Hidden Goomba. Unlike most Goombas appearing in the game, they are not normal Goombas who have been transformed by the Scepter of Superiority. They are merely normal Goombas wearing Brick Blocks, and become normal Goombas if ground-pounded. Despite this, they are the strongest unit appearing in Goomboss's Goombarmy. 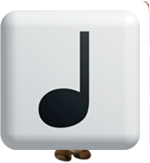 ♪-driver micro-goomba
Add a photo to this gallery
Retrieved from "https://fantendo.fandom.com/wiki/Pile_Driver_Micro-Goomba?oldid=3205591"
Community content is available under CC-BY-SA unless otherwise noted.