Pikmin is a real-time strategy video game series designed by Shigeru Miyamoto and developed by Nintendo. The games focus on directing a horde of plant-like creatures called Pikmin, which are used to collect items, destroy obstacles, and fight giant monsters. The series currently has three canon games, including Pikmin, Pikmin 2, and Pikmin 3. A fourth game has been confirmed to be in development.

The Pikmin games all focus on exploring an unknown planet (which is heavily implied to be Earth), controlling a crowd of Pikmin creatures. Pikmin are intelligent multi-colored plant-animal hybrids that willingly follow the orders of their leader, Captain Olimar, a tiny alien from the planet Hocotate. Pikmin are directed to perform a number of tasks, such as fighting monsters and retrieving objects. Because individual Pikmin are small and weak against most predators, it is the responsibility of the player to direct the Pikmin away from hazards and launch attacks that quickly put enemies into submission. Game time is divided into single days, in which the player is encouraged to accomplish as much as possible before sunset.

Pikmin appear in a variety of colors, which signify the Pikmin's abilities and resistance to environmental hazards. The original game in the series features only three colors: Red, Yellow, and Blue. Reds can resist fire, Blues, which sport gills, can move underwater, and Yellows may be thrown higher than other Pikmin. In the original Pikmin game, Yellows had the unique ability to carry bomb rocks. In Pikmin 2, Yellow Pikmin are immune to electric-based hazards and introduces two new colors: White Pikmin, which are resistant to poisonous gases and capable of spotting objects buried underground; and Purple Pikmin, which are significantly stronger and heavier than all other types. Pikmin 3 introduced two more types, the gray Rock Pikmin, who can break glass and crystal objects, and the pink Winged Pikmin, who can fly above water and attack airborne enemies with ease. Also, Yellow Pikmin could carry bomb-rocks again, in addition to their electric immunity from Pikmin 2, but this time all types Pikmin are capable of carrying bomb rocks.

The strength and swiftness of individual Pikmin is indicated by the stalk atop their heads, appearing as a leaf, bud, or flower, which develops when Pikmin are fed nectar or left planted in the ground for an amount of time. Pikmin are stored in their respective motherships, called "Onions," for safety as they are vulnerable to nocturnal predators. The Onions play a vital role in Pikmin reproduction: When any food, such as prey or pellets, is delivered to an Onion, it propagates seeds, which grow and are then plucked from the ground as fully developed Pikmin. An Onion also serves as an incubator for all Pikmin of its color, housing potentially hundreds of Pikmin. The Onions travel alongside Olimar as he flies to different locations on the planet.

Pikmin is the first game in the series, originally released in 2001. The game's plot focuses on Olimar's predicament of having crash-landed on an unknown planet and befriending the Pikmin. Olimar has to gather the missing pieces of his broken ship in order to escape, before his air supply completely runs out and he succumbs to the planet's deadly oxygen. The player is required to collect as many of the ship fragments as possible within thirty game days, otherwise the player loses in a Game Over.

Pikmin 2, originally released in 2004, takes place immediately following the events of the first game. When Olimar returns to his home planet Hocotate, he discovers that his employer, Hocotate Freight, has gone into severe debt. When the company's president discovers that the souvenir that Olimar has brought back with him is significantly valuable, he orders Olimar and Louie, another employee, to journey back to the Pikmin planet and gather treasure to pay off the debt. The main objective of Pikmin 2 is to collect treasure, which consists primarily of human waste including bottle caps and gadgets. The player controls both Captain Olimar and Louie, alternating between the two characters in order to divide and accomplish more tasks during a single day. Unlike the original game, Pikmin 2 has no deadline, so the player can spend as many days as possible to collect all the treasure.

Shigeru Miyamoto first hinted about the possibilities of a new Pikmin game in a July 2007 interview with IGN, saying "I certainly don't think we've seen the last of Pikmin. I definitely would like to do something with them, and I think the Wii interface in particular is very well suited to that franchise." A later CNET.com interview in April 2008 reported that "For now, Miyamoto looks ahead to other projects for the Wii, mentioning his desire to continue the Pikmin series."  A new Pikmin game was eventually confirmed at E3 2008 during Nintendo's developer roundtable, in which Miyamoto stated that his team were working on a new entry in the series. However, details concerning gameplay and development were left unmentioned. In an interview with Nintendo's Official Latin American Magazine, Shigeru Miyamoto confirmed that Pikmin 3 is going to be on the Wii. He also stated that the Wii's controls were "working well" with the game.  The announcement in October 2008 of a re-release of the first two Pikmin games on the Wii with updated motion controls, raised concerns about whether Pikmin 3 was in fact in development. However, in a subsequent interview with IGN, it was made clear that the re-releases of Pikmin and Pikmin 2 under the New Play Control! brand were separate from Pikmin 3. The game was not shown at E3 2009, 2010, or 2011, but Miyamoto confirmed in June 2010 that the game was indeed still in development.  At Miyamoto's roundtable discussion at the Electronic Entertainment Expo 2011, Miyamoto stated that Pikmin 3 development was moved to Wii U, the Wii successor. He felt that the HD graphics for the next system and its special screen-based controller would work better for it. On April 15, 2012, Miyamoto said in a Spanish interview that a new Pikmin game and a new New Super Mario Bros. HD will both be showcased for the Wii U at E3 2012. He also added the comment "Anyone who played the original Pikmin games will enjoy playing it.  On June 5, 2012, at Nintendo's E3 press conference, Pikmin 3 was officially announced. It was confirmed to include all of the previous Pikmin types, plus new types, the two confirmed types being the new Rock Pikmin and Winged Pikmin. It was set to launch within the Wii U's launch window.  On April 17, 2013 the release date was announced for August 4, 2013 in the United States.

Future of the series

On November 6th, 2014, Miyamoto said during a QA of his recently released Pikmin short films that “Continually launching campaigns after the release of software will lay the groundwork for the next iteration of 'Pikmin' in the future. And needless to say, we want it to be one of the motivations for potential consumers to purchase Wii U. We are making a variety of different efforts.” On January 6th, 2015, Miyamoto gave further confirmation that the Pikmin franchise would be receiving more games in the future, stating “I still have a lot of ideas about what I want to do with Pikmin [Short Movies], but nothing’s decided yet in terms of anything else. But of course, we will continue to make Pikmin games.” In early September 2015, Shigeru Miyamoto confirmed that a fourth Pikmin game was not only in development, but very close to completion. No other details about the game have been revealed. 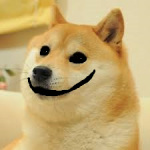 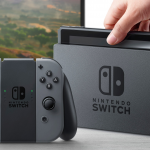 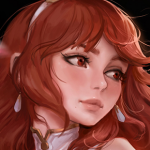