Pikachu ( ピカチュウ, Pikachu) returns as a playable character in Super Smash Bros. V. He was confirmed along with Link, Donkey Kong, Fox, Kirby, Yoshi, Samus, and Inkling in the Official SSBV trailer + Inkling Reveal Trailer shown at E3 in 2018. His appearance is pretty much the same. Pikachu is confirmed to be a male.

Pikachu is confirmed to have no alternate costume.

Pikachu is once again voiced by Ikue Otani.

Final Smash changed to Charge Beam and Volt Tackle is now an Alternate Side Special and works much different.

SIDE - Pikachu waves at the camera, yelling "Pika, Pika! Ahh?".

DOWN - Pikachu lies on the floor and rolls around, saying "Pikaaaaaaaaaaaaa!"

Pikachu gets fired up and says, “Pika!”

Pikachu Releases from a Poké Ball and emits sparks from its cheeks.

Pikachu’s ears perk, then it scratches its ear smiling.

Pikachu backflips, spins on the ground and says "Pii".

Pikachu is seen clapping in excitement.

A remix of the music that would be play at the start of Pokémon Red, Blue and Green Versions. Would go on to become the Pokemon Main Theme.

Retains its fighting stance from SSB4.

Pikachus straightens up and looks around.

Retains its walking animation from SSB4.

Retains its dashing animation from SSB4. 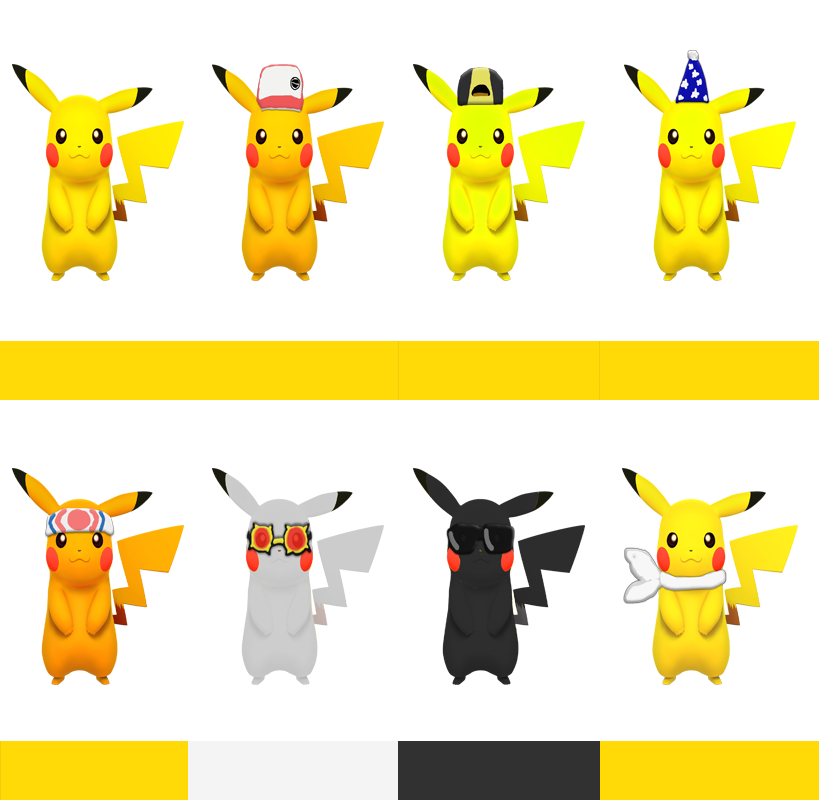 Retrieved from "https://fantendo.fandom.com/wiki/Pikachu_(Smash_V)?oldid=2176775"
Community content is available under CC-BY-SA unless otherwise noted.