The Pharo is a ninth generation hybrid video game console created as a collaboration between Pyro Enterprises and Lone Planet Productions. Its main gimmick is the fact that the entire console is stored in a controller, allowing you to hook it up to any electronic device and access your games and other media.

Lone Planet had been through several failed attempts at consoles over the years. They tried to collaborate with Nintendo on a home console named the Corona and a handheld one called the Epsilon, but Nintendo refused the offer, explaining that they were already in close ties with Toroko on The V². Lone Planet then tried their hand at the Knuckleduster and the Lone Planet IC, seeking to revive popular features of old "indie consoles" from the late 2000s and early 2010s. The consoles didn't attract enough interest, though, and were thus scrapped. The rights to the Knuckleduster were eventually sold to Revelation Heroes Entertainment, with the Lone Planet IC going under a reworking phase.

After some consideration, Lone Planet decided they needed to consider speaking with other companies and come up with something that could truly change the gaming world. The lead staff met up with Pyro Enterprises, and they eventually agreed on their concept -- a hybrid console based in a controller with wireless HDMI capabilities.

As stated earlier, the Pharo controller is the console. This controller, called a Base Controller, can be hooked up to a TV, smart device, or personal computer using a wireless HDMI connection.

Base Controllers, along with Multiplayer Controllers (which do not have the console GPU inside), have an interface of buttons similar to that of the PlayStation series of consoles. There is a diamond-shaped group of action buttons (Alpha/Omega/Gamma/Sigma) on the bottom right side, a D-Pad on the bottom left, and one control stick just above each. In the middle are the Start, Share, and Home buttons, and the top of the controller holds two shoulder buttons (FL and FR) and two trigger buttons (BL and BR). Base Controllers also have a Power button that can be used to turn the console on or off.

Any page that has [[Category:Pharo Games]] on them will be added here automatically (after a purge or edit). If you would like to have your game(s) on this console, simply put the category on. 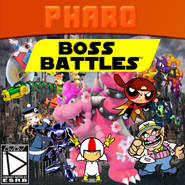 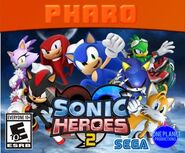 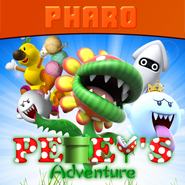 Petey's Adventure
Add a photo to this gallery

The Front Page serves as the home menu for the Pharo. You can access all of your games and apps here.

The following apps are pre-downloaded when you first boot up the console.

This app is pretty much self-explanatory. You can customize your avatar's height, weight, clothing, body, etc. As you play through your games, you can unlock new clothes and even unique body forms for your avatar to use.

TwiLite is the Pharo's online game distribution service similar to Netflix. Players who subscribe to TwiLite can download new titles from the service for as long as their subscription lasts.

ReJoint is an online hub for Pharo players. Here, you can host and join tournaments, discuss different topics in forums, or enter voice chat sessions with friends.

The Friend Arcade is a cross between Nintendo's Virtual Console and the Streetpass Plaza on the Nintendo 3DS. As you make more friends, your Arcade grows with games from older consoles. You can have your friends watch and commentate on your games, and in some cases they can send you "ghost data" or even play with you.

Fantendo View is a streaming service created by Inora and filled with an ever-expanding library of TV series based on the characters of such worlds as the Fantendoverse and Lone Planet's own Exalian Disneyverse. It is a default app on the Pharo. 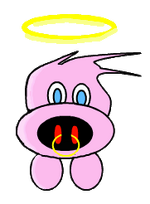 Zenyo is the Pharo's mascot and the player's personal assistant. His primary feature is his ability to adapt to a wide variety of human phrases, making conversations with him feel more "real". As such, you will not always have to directly ask him to do something, as he can get an idea about what you want based on your speech.

You can change Zenyo's physical appearance in the same way you can change those of an avatar. You can also switch his gender -- choosing the "female" option will replace him with Zenia, and the "gender-neutral" option will give you Zen.

The Base controllers are the ones which actually hold the console inside of them. They can be used as a controller and console simultaneously, or a player can use a Multiplayer controller to hook up to the Base and use it to play. 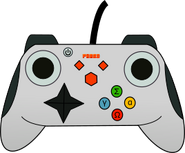 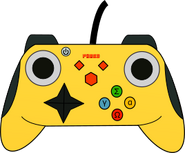 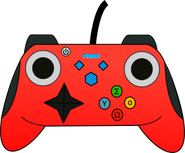 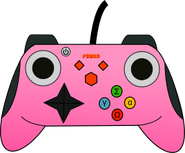 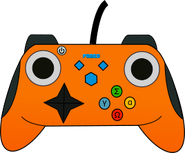 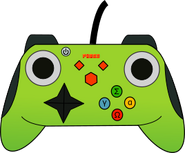 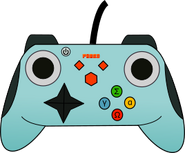 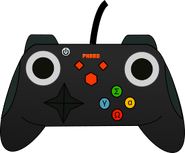 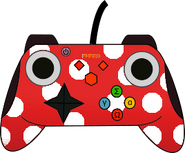 The Multiplayer controllers can be used in split-screen multiplayer with the Base unit.

The Retro controllers are used when playing retro games or as cheap alternatives to the multiplayer controllers.

The Motion controllers have built in motion controls and can be used optionally in most games.

The Fight Stick controllers are used in fighting games for advanced and nuanced controls.

On June 6, 2018, Lone Planet announced a new trading card-based achievement system for the Pharo console, with each card for a game showing off a certain character. Trading cards can be unlocked by completing certain tasks in Pharo games and Friend Arcade titles, not to mention reaching a certain point on a Lonestar series, and they can be displayed in the Card Deck menu. They come in five varieties based around how "big" the achievement is -- Bronze, Silver, Gold, Platinum, and Niobium.

Lone Planet also announced the introduction of the Pharo Card Printer, an optional device that allows players to print out their cards if they would prefer to have physical copies of them.

Additionally, with every basic trading card comes a "Play Card", a game-focused card based on games like Yu-Gi-Oh! and the Pokémon card game. You can print out Play Cards for use in competition with other Play Card owners. Pharo card games are relatively simple -- each card has a certain HP level and three attacks, and the goal is to KO all of the other player's cards using said attacks.

The Petey's Adventure Bundle was released at the launch of the game, coming packaged with a Petey Piranha-themed Base and Multiplayer controller. These controllers were later released as separate purchases. 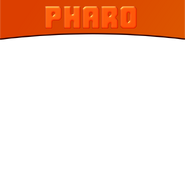 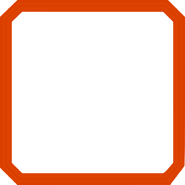 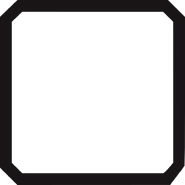 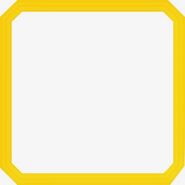 Template for Pharo trading cards
Add a photo to this gallery
Retrieved from "https://fantendo.fandom.com/wiki/Pharo?oldid=2805953"
Community content is available under CC-BY-SA unless otherwise noted.