As said above, Pansics appear in New Super Mario Bros. Omega, most of the time in snow levels. Cyan-petaled Pansics just hop collision-less like Goombas, orange-petaled ones patrol the area, and viridian-petaled ones follow Mario when he's close.

Pansics appear also in Super Mario World: Wii, but under the name Pansice instead. Pansices got a more cyan body and lighter blue petals. Light-blue ones just go around freely, while white ones patrol an area. And finally, periwinkle ones follow Mario when he approaches them. 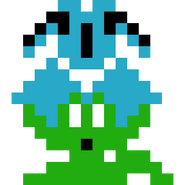 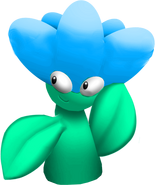 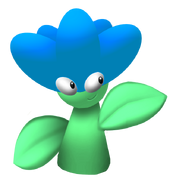 Retrieved from "https://fantendo.fandom.com/wiki/Pansic?oldid=3231590"
Community content is available under CC-BY-SA unless otherwise noted.