The P-Wing (originally Magic Wing) is a special item that debuted in Super Mario Bros. 3. The "P" stands for Paratroopa or Patapata (the Japanese name for that enemy). It is a successor to the power-up simply known as the Wing.

The P-Wing debuts in Dry Bones Kart Arcade GP DX. This item grows a pair of wings on the kart, allowing it to fly above all other racers, replacing the Bullet Bill. 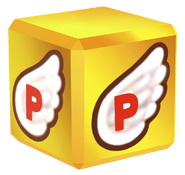 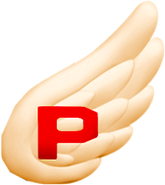 Add a photo to this gallery
Retrieved from "https://fantendo.fandom.com/wiki/P-Wing?oldid=3226132"
Community content is available under CC-BY-SA unless otherwise noted.