Fantendo - Game Ideas & More
Register
Don't have an account?
Sign In
Advertisement
in: Articles under Construction, Games, What is the New Fantendoverse?,
and 5 more

Overclocked (2015) is a arcade-style fighting game for the Wii U, developed by Scratch Kat Enterprises and Dreams Inc.

This game is styled after traditional fighting games, such as Street Fighter and the like.
In Overclocked, two characters battle it out in a fight to the death, each working to deplete the other's Energy Bar. When one character's Energy Bar reaches zero, they'll collapse and their opponent will reign victorious. 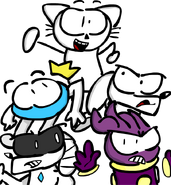 The art used on the boxart. 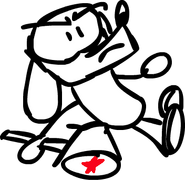