The Orchid is a supernatural force and the central figure in the story mode of Jake's Super Smash Bros., Crown of Orchid. The Orchid is an impersonal energy that grants trophies life and the will to engage in combat against one another, and also revives them should they be returned to their inanimate state. The Orchid culminates in a ring that glows on the surface of the moon that orbits the World of Trophies. The Orchid is always shown to be purple in colour, hence its name.

The Orchid itself is shown to be "alive" in a sense, though does not appear to be sentient; it can be compared to blood in that way. Additionally, the Orchid can be harnessed and stolen, showing that it is a physical object and not merely an aura that can be seen by others, despite that being what it appears as. While every fighter has a unique entrance animation in the basic "Smash" mode, characters are shown to come alive from their trophy states via the power of Orchid in all other modes.

While the Orchid serves as the lifeblood for all of those who live within The World of Trophies, it is implied that fighters are merely granted a distilled form of the energy. This is especially prevalent in the appearance of the Orchid Palms, versions of Master Hand and Crazy Hand, and Orchid Clones.

The pure form of the Orchid can be used to create creatures of immense strength.

Upon absorbing an incredible amount of the rawest form of Orchid, Master Hand and Crazy Hand can increase their power and become creatures known as Master Palm and Crazy Palm; collectively they are referred to as the Orchid Palms. The Orchid Palms can perform the same powers as both of their normal counterparts, and can harness the Orchid to shoot lasers and energy blasts during attacks that would not normally have them. Additionally, the two Orchid Palms can harden the Orchid that covers them to create shields and protect them from most manner of attack.

In addition to making prominent appearances in Crown of Orchid, the Orchid Palms serve as the final bosses of Classic Mode should the player reach a difficulty level of 9.5 or higher.

Orchid Clones are essentially full recreations of fighters of Jake's Super Smash Bros. These clones are purple in appearance and possess glowing red eyes, allowing them to be differentiated from their playable counterparts. The Orchid Clones are not 1:1 copies of the characters they are based on, as they usually deal more damage and knockback through their attacks. Additionally the clones can differ in size, with some appearing larger than the original character.

The following characters appear as Orchid Clones throughout the story of Crown of Orchid:

These are the characters who maliciously hold the title of "Seeker of Orchid" and thus serving as the main antagonists of Crown of Orchid:

Role in Crown of Orchid

The Orchid is the central figure in Crown of Orchid. Prior to the events of the story, the Orchid was relatively unknown to the living creatures of the world, and it only manifested as a glowing ring around the world's moon. This ring disappears at the beginning of the game, an act which causes all those present within the Royal Stadium (except Mario, Peach, Link, and Zelda) to transform into petrified figures that lack the trophy base required to transform them back into their living form with a simple touch. 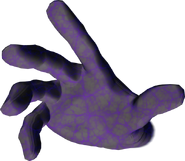 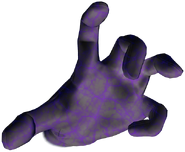