The Onyx is a home console developed by Pyro Enterprises, and the successor to their highly successful Pyrohedron console. Inspired by the Nintendo Switch, the Onyx is designed as a console that can be brought anywhere, any time, while still supporting a massive library of AAA-quality titles and running at maximum capacity; the Onyx is designed to take this a step further, being easier to transport and enabling easy internet access anywhere thanks to its unique Hub component.

The Onyx released on August 1st, 2027. Reception to the system has been (TBA). 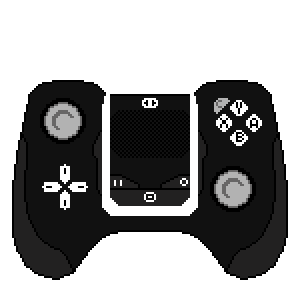 The controller of the Onyx is designed to replicate a mix of high-quality controllers developed by other companies, specifically the Xbox One Elite and Nintendo Switch controllers. The controller has two control sticks referred to as the L-stick and R-stick, respectively, as well as a standard directional pad. While it keeps the standard diamond-shaped face button layout of ABXY, the Onyx adds an additional face button in the form of the C button; designer Pyrostar states that the C button is designed to add more possible button options while being as non-intrusive to the standard controller design as possible. Like many controllers, the Onyx has standard bumpers and triggers labeled L/R and ZL/ZR, respectively; however, the Onyx also has small paddle-like protrusions on the underside of the controller, designed to be pressed on with the player's middle or ring fingers in gameplay. These paddles are referred to as XL and XR.

The Onyx controller is designed as a form of vessel for the Hub, a small device where the bulk of the console actually lies. The Hub is a small device that comes with a small PS4-style touchpad, a Start button, a Record button, and a Home button, as well as a color-changing lightbar wrapped around the edge. This device is designed as one of the most multi-purpose tools in the gaming world- not only does it serve as the brain of the console itself, but it is able to receive data from PCs via two SD card slots, as well as acting as a very short-ranged wireless internet router, enabling players to access the internet on the go and play with friends.

The bulk of the console itself is a thin black rectangle called the Dock, which ultimately serves very little than as a communicator with the Hub, designed to hook up to TVs and transmit signals between the two. The Hub can also be attached to the Dock in order to recharge. 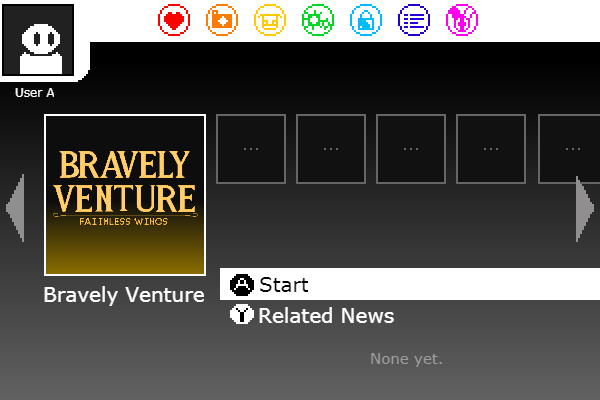 Much like the Switch, the Onyx's menu is designed to be simplistic and easy to understand, though changes have been made to make start-up faster and scrolling through options more efficient.

Upon startup, the player's last played game will be highlighted as the frontmost option, enabling them to scroll up and down the line in order to find other games. While a game is highlighted, the player can tap the Y button to call up a list of news articles and media related to the software, such as patch notes or DLC notices. The player can also create folders with which to categorize titles and services that they own.

The upper left corner of the screen enables the player to switch accounts in order to better handle save data, as well as change aspects of the account and cropping screenshots to create a custom avatar.

The top line of options on the screen list more in-depth console functions not necessarily linked to playing games. They are as follows:

The Hangout is the Onyx's version of the classic console chatroom or voice chat program, and is accessible while playing any game that the player owns. The Hangout acts as a pseudo-streaming service, allowing the player to invite friends saved on their Friend List to watch and interact, with voice chat being activated for all users in the room.

The main player and creator of the room acts as the Host, and is the only one able to invite friends into the room. All other friends act as Guests, who merely have spectator privileges as well as the ability to speak with others in the group. If so desired, a Host can allow a Guest to instantly join online games, or if the game is single-player, they can instead pass control over to a Guest in a modification of game-sharing features found in other consoles.

The Hangout requires an online connection to function. While individual titles may allow for voice chat online with any user, Hangout features are exclusive to Friends.

At launch, Pyro Enterprises supported the Onyx with three new titles; Vessa, Super Smash Bros. Shift, and Crestseeker. Other prominent launch titles included enhanced ports of Kirby: Starlight Phantoms, Boundless, Heroforce, and a port of The Elder Scrolls V: Skyrim co-developed by Bethesda, which contained new content themed around the new Crestfaller game. Square Enix also worked alongside the company to launch Bravely Venture on the system, and Capcom worked to release the Megaman Legacy Collection on the system, as well as a port of Monster Hunter World.

Indie support for the console was limited upon launch, though ports of Hollow Knight, Dead Cells, Iconoclasts, and the duology of Azure Striker Gunvolt games were available for purchase. Other developers such as Blizzard, Konami, and Ghostrealm Studios have been tapped for support, though responses are currently on hold.

A port of ARMS was initially in development for the system, though this was scrapped when the console's design was altered to less closely resemble the Switch's hardware.

Any page that has Category:Onyx Games on them will be added here automatically. 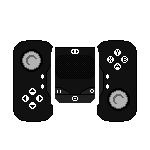 Design of a single MonoCon.
Add a photo to this gallery
Retrieved from "https://fantendo.fandom.com/wiki/Onyx?oldid=3201409"
Community content is available under CC-BY-SA unless otherwise noted.