Onage is very calm most of the time, but is also short tempered. He usually tries to keep a serious attitude, but can get carried away with things when he is angry. He appears to be a good teacher, as seen in iPenguin 3DS when he teaches Speedy, Climber, Petunia, and Ana a new attack. 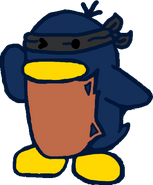 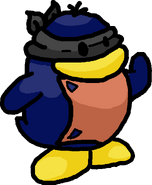 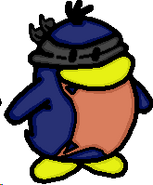 Retrieved from "https://fantendo.fandom.com/wiki/Onage?oldid=3210555"
Community content is available under CC-BY-SA unless otherwise noted.