Octolings are the elite troopers of the Octarian army that appear in the game Splatoon. Octolings were first shown in the single player campaign trailer of Splatoon. They are the Octarian counterparts to the squid-like Inklings and have very similar abilities. They can transform into an octopus to swim in their own ink, and wield ink-shooting weapons known as Octoshots which shoot ink.

Octolings become playable with Splatoon 2: Octo Expansion, with a new story centering around Agent 8, a Octoling with no memories. When the player completes this story mode, they will be able to play as a Octoling in multiplayer. Noticeably, these controllable Octolings do not have glasses on.

The Octolings are fairly competitive, as they are known for their large ink battles that have them covering the terrain with their colours. Little else about their personalities are known, though it is suspected that they are quite playful when in their octopus forms.

In one of the Sunken Scrolls, it is revealed that only female Octarians can transform into Octolings, unlike the non-gender specific Inkling. However male Octolings may exist. In one of the Sunken Scrolls, there appears to be a humanoid form male Octarian and Cap'n Cuttlefish. Judging by the hat and the plant under the Octarian's arm, it could be a humanoid DJ Octavio. He may be a male Octoling.

There are currently three varieties of Octolings, all of which are all-female: the regular red haired Octolings, the commanding black haired Elite Octolings, and a mysterious blue haired type that shoots out blue paint that was revealed in Splatoon 2: Octoling Expansion. More details will hopefully float up to the surface about the last type.

A Octoling appears as a playable character in Crimson Squads. They have three abilities to use, making big focus of their paint mechanic:

Octolings appear as enemies in N-Stars, with a similar strategy used to their fighting style from their game of origin, able to shoot paint and sneak around steathily with said paint in octopus form.

An Octoling without its visor

An Octoling depicted in the single-player campaign promotional artwork

Octolings as they appear in Splatoon 2. 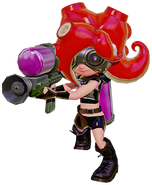 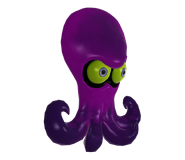 3D model of an Octoling Octopus 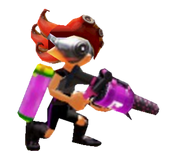 A possible look for an elite male Octoling by User:Computerboy64 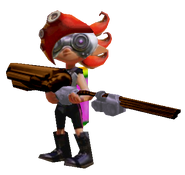 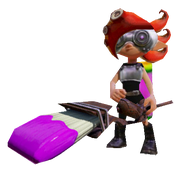 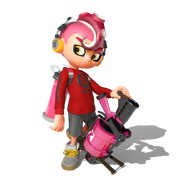 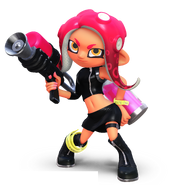 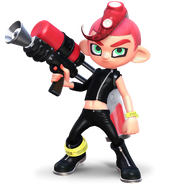 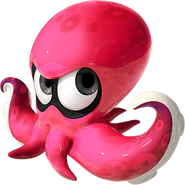 Render of the Octoling in Octopus form

Agent 8, an Octoling that lost their memory 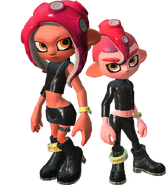 Agent 8 in both female and male (?) form 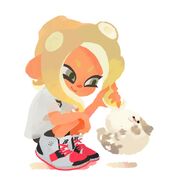 Inklings, Octolings and a Jellyfish, ready for Splatoween 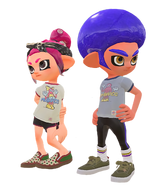 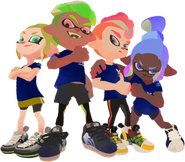 A team of Inklings and Octolings 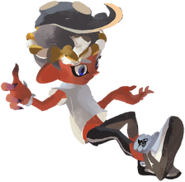 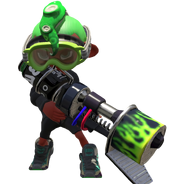 An octoling with a Grim Range Blaster 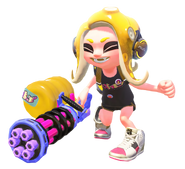 An octoling with a Heavy Splatling remix 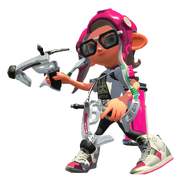 Retrieved from "https://fantendo.fandom.com/wiki/Octoling?oldid=3070404"
Community content is available under CC-BY-SA unless otherwise noted.