“Thank you for saving me. You are very kind.”
— Noki in New Super Mario Sunshine.

The Noki are a race of yellow creatures with shells, first seen in Super Mario Sunshine. They, and Piantas, live in Isle Delfino. They mostly live at Noki Bay and Gelato Beach. Most of the Nokis rarely go to the rocky surface of the bay, instead inhabiting their city in the waterfall. The profile for Noki in Mario Superstar Baseball reveals that they evolved from shellfish. The player will notice that most of the Nokis at Pinna Park wear clam like shells instead of hermit shells. It is implied that Nokis are capable of surviving in underwater habitat.

They seem to trust Mario more than the Piantas, and more are aware that he's not the real criminal. Piantas have made more appearances than Nokis. Nokis made a small appearance in Mario Kart: Double Dash!! in Peach Beach and in ending ceremonies. They have appeared in the audience of Super Mario Strikers, Mario Power Tennis, Mario Strikers Charged and Mario Tennis: Power Tour. They were playable in Mario Superstar Baseball, but the playable Nokis in the game were not Male but they were all Females. The player could change the color of the Nokis. Noki is also a playable character in Mario Super Sluggers.

Back in the remake

They appear in New Super Mario Sunshine. They are usually hanging around or needed to be saved. Like the Piantas, if rescued, they will give you either a 1-Up Mushroom, Shine Token or (Rarely) a Shine Sprite. 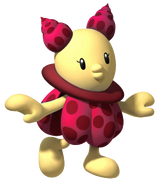 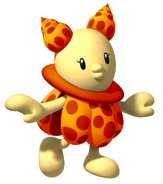 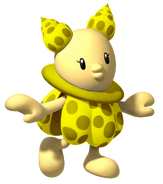 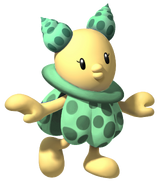 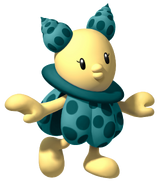 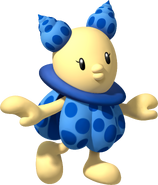 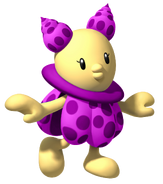 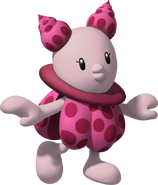 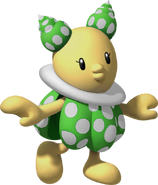 A green Noki
Add a photo to this gallery
Retrieved from "https://fantendo.fandom.com/wiki/Noki?oldid=3328317"
Community content is available under CC-BY-SA unless otherwise noted.