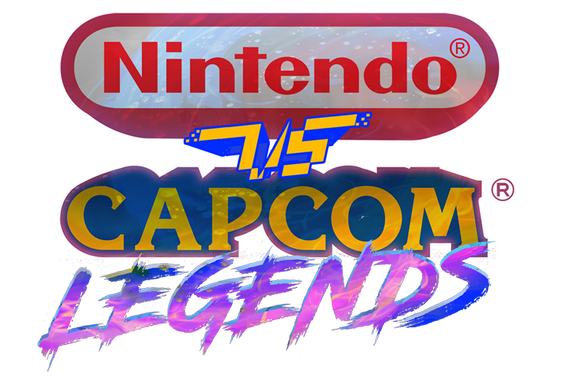 Nintendo vs. Capcom: Legends is a upcoming fighting game developed by Capcom, set to be released on June 21, 2021 for Nintendo Switch. It will contain characters from both Nintendo and Capcom in 2v2 battles.

Nintendo vs. Capcom: Legends features 2v2 battles, similar to the Marvel vs. Capcom games, the game also mixes the Super Smash Bros style, featuring Meteor Smash and Smash Attacks. Players can choose between Capcom Style and Smash Style. On the ground the game become similar to Vs Capcom gameplay, however characters have 4 moves in the air similar to Super Smash Bros gameplay. Like in past Versus games, characters can recovery damage after a tag. 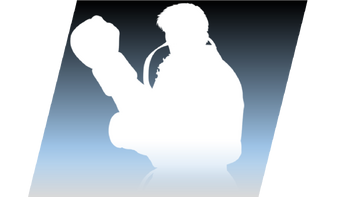 The Capcom Style features the classic setup of 2 buttons for

. Players can use a variation of commands and inputs to create combos. 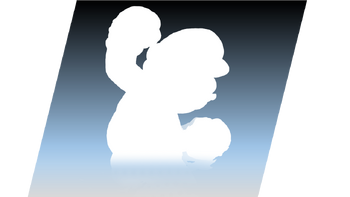 The Smash Style features Smash Bros commands and a exclusive roll system. This system features 1 buttom for regular attacks and 1 for Special Moves. Players can use roll to escape from projectiles and attacks, but every time the invisible frames will be reduced.

If the player executes the Meteor Smash, the opponent will bounce on the ground to the air, to start a tag team combo, players can also tech on the ground to avoid air combos. In the air, press Foward + HP or HK to use the meteor smash.

Besides the 2v2 system, players can choose a special partner to aid for your team, either offensively or defensively. Each helper character has a limited number of "Assist Me!" per battle.

The cards are represented by colors, each color defines the style of the assist. 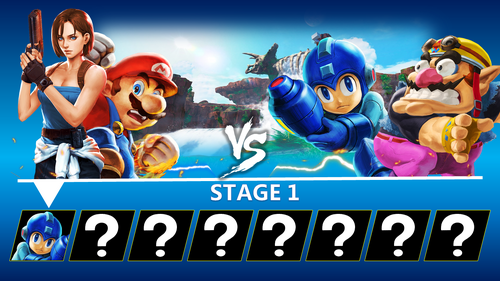 NvCL features a tradicional Arcade Mode. This mode features 8 stages constituted by regular battles, bonus stages, sub-bosses and the final boss. Players can unlock a special ending for the characters after the final battle.

The stage 4 of Arcade Mode features two bonus stages, Barrel Stage and Car stage, each with the same method. The player will destroy 8 barrels or the entire car. 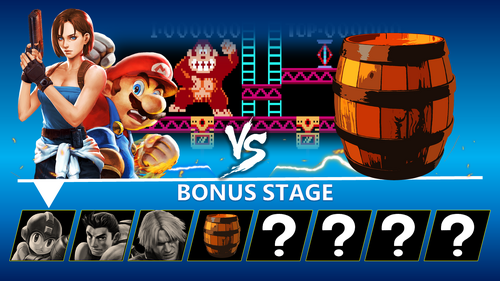 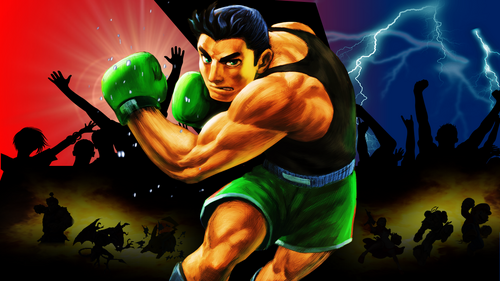 The player battles a opponents in an attempt to win as many fights possible. They can equip characters before the match with points (Just like in Street Fighter V). The character's heath meter will stay the same after a battle. However, the player can use points to restore heath before a match.

Winning awards the player with new costumes for the characters. 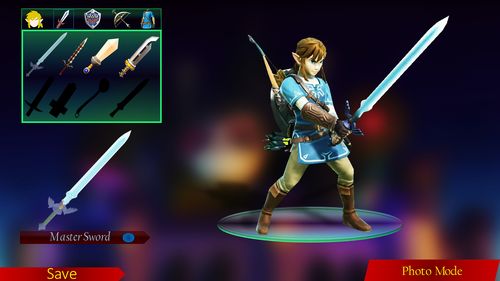 The customization of NvCI works similar to games like Tekken 7 and Mortal Kombat 11. Players can customize certain areas of the characters (Gloves, weapons, etc...). The items are unlocked by versus battles, special events and as rewards from Story Mode, each item has been classified with a color, each color represents the value of an item.

These characters appears as part of a crowd or background of a stage.

There are 22 stages available; 18 starters and 2 unlockable stages. Some stages has cinematic knockout zones and secondary areas. To get the Cinematic Knockout, players need to defeat the opponent near to the walls of the stage. 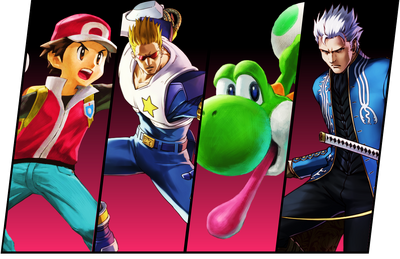 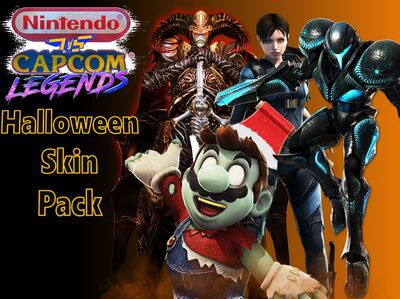 Retrieved from "https://fantendo.fandom.com/wiki/Nintendo_vs._Capcom:_Legends?oldid=3268670"
Community content is available under CC-BY-SA unless otherwise noted.