The Nintendo Switch, originally codenamed NX, is a game system released in March 2017 by Nintendo. It can be used as a portable handheld, or switched into a home console by placing it in the Nintendo Switch Dock. The main controllers, called Joy-Con, have a modular design that allow for multiple players to use halves of the same controller.

Unlike prior Nintendo home consoles, the Nintendo Switch is not region locked. It is also the first major home console to use cartridges since the Nintendo 64, released 20 years earlier. Following an industry trend, it is the first Nintendo console with a paid online subscription service, named Nintendo Switch Online. One of its features succeeds the Virtual Console service with an expanding library of Nintendo and Super Nintendo Entertainment System games.

A handheld-only revision of the console, the Nintendo Switch Lite, was released in late 2019. 2021 saw the announcement of an enhanced Nintendo Switch OLED model. Despite this, persistent rumors of a "Nintendo Switch Pro" have yet to be fulfilled.

For a full list of canon and fanon Nintendo Switch peripherals, see here.

The Nintendo Switch Console proper takes the form of a 16:9 screen with a GameCard slot at the top, a kickstand in the back, and a USB-C port on the bottom. The kickstand allows it to remain propped up on flat surfaces such as tabletops for more comfortable viewing. The Console's screen supports capacitive touch, allowing for multitouch controls.

The Console fits into the Nintendo Switch Dock to instantly switch from handheld to TV mode, which starts sending audio and video to the television connected to the Dock. By the same token, removing the Console from the Dock switches back to handheld mode, turning the Console's screen and speakers back on. It is speculated that the Nintendo Switch Console cools itself down using its fans in TV mode only.

Players can link up to eight Nintendo Switch Consoles to each other wirelessly. The Switch will also support amiibo with an NFC read/writer in the Joy-Con.

The left Joy-Con includes a Screen Capture button that allows screenshots and videos of gameplay to be shared on social media.

The main input devices for the Nintendo Switch are the modular Joy-Con (L and R). These controllers were first revealed attached to the Joy-Con Grip, which unites them into a single gamepad-like controller. The Joy-Con can be slid onto and off of the sides of both the Grip and the Console, the latter of which provides a controller setup that resembles a thinner Wii U GamePad.

Separated, each Joy-Con can be used as its own controller—with its own analog stick, face buttons, and shoulder buttons—though two separated Joy-Con can still be used as a single controller. This allows for spontaneous multiplayer gameplay.

Joy-Con have notably been criticized for the tendency for their joysticks to drift, which has been the subject of various class-action lawsuits.

Players may also use the Nintendo Switch Pro Controller, which resembles a cross between the Wii and Wii U Pro Controllers. The Pro Controller uses about the same button layout as two Joy-Con that are combined to a Grip. The left stick is above a traditional directional pad, and the face buttons are above the right stick, with extra buttons in the center of the controller. 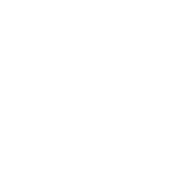 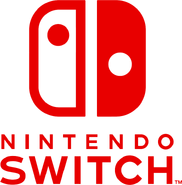 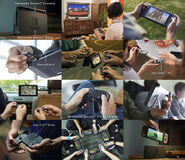 Many controller options and configurations, as well as other components, for the Nintendo Switch. 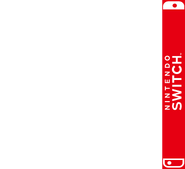