The Nintendo 3DS is a handheld game console developed by Nintendo, released on February 26, 2011 in Japan, and March 2011 in other regions. It is the successor to the Nintendo DS line of handhelds, and is backward-compatible with Nintendo DS Game Cards. The system was discontinued on September 16, 2020.

The Nintendo 3DS's main feature is autostereoscopic 3D: a slider adjusts a parallax barrier in front of the screen, which allows a different image to be shown to each of the player's eyes without the need for special glasses or other accessories. The new Nintendo 3DS model also includes face-tracking technology to improve this autostereoscopy. The Nintendo 2DS line removed this feature, and several later games in the Nintendo 3DS's lifespan failed to support it.

The Nintendo 3DS also introduced AR Cards, which are used as position trackers in augmented reality settings. They are mainly used in the preinstalled minigame collection AR Games, with support in a limited number of other titles for the console. 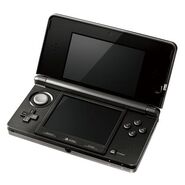 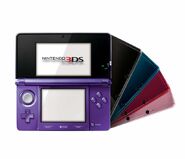 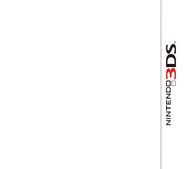 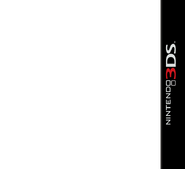 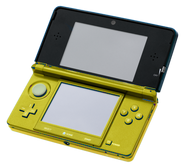 A sky blue Nintendo 3DS as it appears as a stage in Super Smash Bros. Calamity.
Nintendo consoles