Nintendo & Fantendo Play: Dodgeball! is a sports game focusing around the sport of dodgeball starring Nintendo and Fantendo characters. The game's title is a callback to the Nintendo Plays: series started by Coke Dimensions, hearkening back to the wiki's past- however the game is actually produced by Toroko. It is a spirtual successor to Fantendo Sports Resort, although the game only focuses on the sport of dodgeball and does not actually take place in the New Fantendoverse. 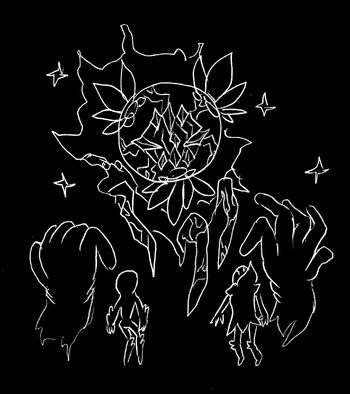 Master Hand and Crazy Hand come into conflict with The Fan and The Enemy, who determine the only way to settle their differences is through a game of sports- specifically dodgeball. Rounding characters from their seperate multiverses, the four god beings split into two factions- blue and red. The blue faction has The Fan and The Enemy working together while the red faction consists of Master Hand and Crazy Hand joining together.

With their pieces set, the two factions begin to play through a set of multiple dodgeball games, although the Hands and the two deities presence is not made known as they prepare two hosts for their interdimensional spat known as Katharsis and Eplison. These two hosts taunt the two sides into playing their game as the grandmasters of the scheme watch from above, unknown from anyone. The interdimensional grandmasters use the barren world of Blobz to pull in arenas from other dimensions, although they unaware that their power is drawing out a foreign presence that is slowly creating a portal to a dimension known as Neitherworld.

The Neitherworld consists of an alternate multiverse that has been taken over by a massive hivemind of the Neithersphere, which acts as a superorganism that infested every planet, every star, and every mind inside their dimension. Now it wants to infest the two other multiverses that are now fighting against each other, unbeknowst to both sides before it's far too late. 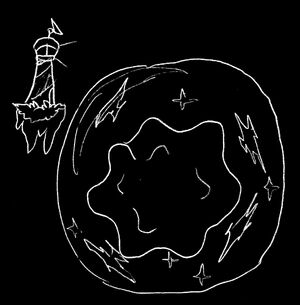 Waluigi is looking for Mario, Luigi, Wario, or anyone he knows from the Mushroom Kingdom, finding the world weirdly empty. He is stopped by Cosmetta who explains what happened to the missing people through use of her powers. Angered that he wasn't invited to the conflict in favor of a bunch of C-Listers like Snow Pokey, Hell Valley Sky Tree, Wendell, and Link, Waluigi decides to disguise himself as Luigi and form a faction of his own using people left behind on the other worlds. Cosmetta comes along ironically with other characters, ready to laugh when Waluigi's plan falls completely apart.

Waluigi arrives to Blobz as "Luigi" with the help of Cosmetta's Cosmic Lighthouse and attempts to join Red Faction by acting as Luigi. When he is confronted with the real Luigi, Waluigi forces Mario to chose between him and the real Luigi, although Mario can easily tell them apart. Angered that his plan didn't work, Waluigi forms his own faction with the other characters he assembled and forms the Green Faction, acting almost as more of a nuisance as most of his team attempts to help the Red and Blue factions take down the Neitherworld threat.

After taking down a couple of Neitherworld Nygmites, the Red, Blue, and Green factions find themselves up against the Neitherworld Sphere itself. After seemingly taking it down, the sphere respawns in it's home dimension and quickly travels back to float over it's own corpse. Palutena quickly deduces that the Neithersphere can regrow itself in it's own dimension and they will need to journey inside the Neithersphere to put a stop to it once and for all.

The gameplay of Nintendo & Fantendo Play: Dodgeball! is rather simplistic on the surface- you assemble a team of 10 characters and then chose an arena and play dodgeball. You can switch between the 10 characters at any time and assign quick tasks when not active to your team mates to either play defensively or agressively. You want to avoid dodgeballs if you can, although if your timing is tight you can also snatch a dodgeball out of the air and carry it. When dodgeballs hit the ground, you are able to grab them freely and throw them at the other team. You can shift your angle when you hold down on the throw button and time will slow down in a circle around you for a short amount of time.

Every character has four stats that are important to how they play. Here's the breakdown.

As energy builds in your special move meter, you can unleash a powerful move that has additional ramifications across the match. The bigger your character, the faster your energy will build.

Health is universal across all characters, given 100 health points, but how they take damage is dependent on their strength stat and can also be influenced by their special moves. When a character reaches 0 on their health bar, in most circumstances, they are tagged out for the rest of the match.

There are several kinds of dodgeballs to consider when playing Nintendo & Fantendo Play: Dodgeball!, all of which do have slight differences. You can see the dodgeball section for more details.

All controls can be rebound in the menu. Controls are shown for the Switch port only.

Story Mode goes through the story of Nintendo & Fantendo Play: Dodgeball. It has a total of 15 missions to complete and new characters are unlocked as you complete the story mode. You face off the bosses here as well as compete in a series of matches against the factions. Acts as the introduction to the game's mechanics and lore. More information may come out soon.

Casual Match pits up to two players against each other as they select characters to form a team and then face off against each other. Each player choses 10 characters and then an arena and the game starts with five randomly assigned dodgeballs, which get replaced as they are destroyed. You can also set up a training match, where you can experiment with each of the characters and their abilities, as well as testing any dodgeballs you have previously encountered.

Dodgeball Dungeons is a completely different type of game mode that sees you play as a single character in randomly generated dungeon enviroments where you have to use dodgeballs and the character's special ability to get through the dungeon and take the loot. Enemies appear in the dungeons with simple take out measures, but you might also find Neitherworld versions of characters that will combat you in 1v1 dodgeball matches. You'll find coins for use in the Gachaball Machine, music discs for the game's soundtrack, and decals for use in decorating the court arenas in the chests hidden away.

There are currently 107 playable characters in Nintendo & Fantendo Play: Dodgeball. 40 are in the Red Faction, 58 are in the Blue Faction, and 9 are in the Green Faction.

Through out the game, you can find elusive Game & Watch collectibles. There are a total of ten in total to find and gathering them all unlocks a special character.

Neitherworld Variant
Add a photo to this gallery

Only features new artwork made for the game. 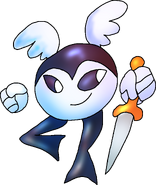 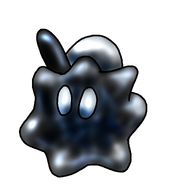 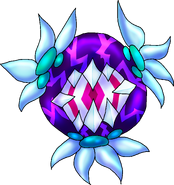 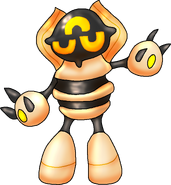 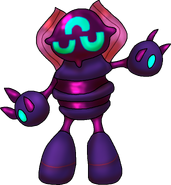 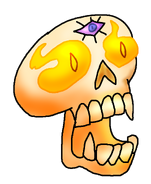 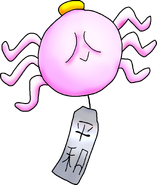 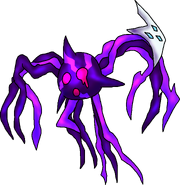 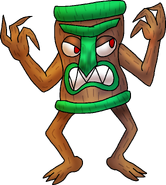 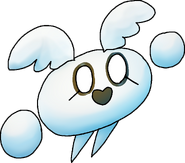 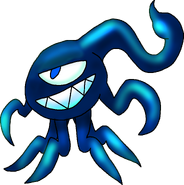 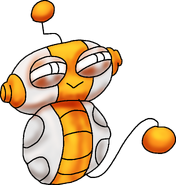 Cactex
Add a photo to this gallery

Retrieved from "https://fantendo.fandom.com/wiki/Nintendo_%26_Fantendo_Play:_Dodgeball!?oldid=3233741"
Community content is available under CC-BY-SA unless otherwise noted.