Ninjis are jumping black star shaped enemies that appear in some Mario games. There are two types of Ninji; the type that jumps up and down in one spot, and the one that chases Mario and friends around.

Ninjis are planned to appear in Koopa Kart: Double Dash!!. They will be Shy Guys' partners.﻿

Ninjis also appear in Lets-a-go, Mario, sided with Bowser instead of Wart. They attack by jumping up and down, charging at the player, and even fire shurikens and use smoke bombs to drop themselves on the player. They can be defeated by any attack, besides the stomp.

ninji got his own speedrun with ninjis going crazy. online subscription required 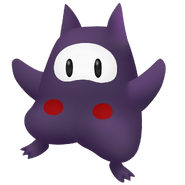 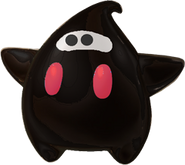 Retrieved from "https://fantendo.fandom.com/wiki/Ninji?oldid=3098841"
Community content is available under CC-BY-SA unless otherwise noted.