There's ancient and obscure story regarding a ferocious tyrant, named Duke Orion, who 1500 years ago tried to take over the Kingdom by an obscure spell he came up with, threatning all around to trigger up the sadly famous Big-a-Boom, a gigantic and hot volcano. Peach's ancestors, however, with the help of the kings of the sorrounding kingdoms, managed to defeat him through the power of seven amulets, that since then managed to keep the whole land in peace and Big-a-Boom in check. However, Bowser discovered that story, and decided to take advantage of that: he orders his Koopalings to steal the seven amulets from their original site to bring havoc all across the kingdoms and get the power of the late Duke Orion to become the most powerful being ever seen. It's up to Mario, Luigi, Peach and Toad to save the day.

Our heroes cross 7 different kingdoms to get to Bowser's headquarter, placed near the Big-a-boom: first they visit a grassy canyon, Kibble Valley, where Iggy Koopa, attempting to steal the green amulet, terrorizes the natives with his enlarged Scoundog, named Scoundrogoss (a reference to The Hound Of Baskerville by Arthur Conan Doyle), as well as the place where Mario and his friends find a new Power-Up, the Super Kibble, that gives the powers of Dog Mario, with its digging, biting and smelling abilities; next, it's time for Nut Wasteland, an once peaceful desert kept in check by Roy Koopa, that attempts to get the red amulet with the aid of his monstrous Earth Eater. After the hot desert, it's time for a refreshing break with a lovely island, named Raspberry Bay due to the pink coloration of the sand and ruled by Wendy O. Koopa, who put everyone in danger by unleashing the power of the gigantic Maw-Ray of the Deep, attempting to get the pink amulet. After defeating the female Koopaling, our heroes venture into am haunted, foggy mountain full of mysteries, where there's nothing but Boos and snow. There, the edgy Ludwig Von Koopa tries to get the blue amulet with the aid of the spooky and creepy Millennial Snow Pokey. Next, it's time for a forest full of ruins of an ancient civilization, dating back to 1500 years ago, named Crispy Forest. This place is full of mythological creatures, including the mighty Faun Bully, which helps the brawns over brains Koopaling Morton Koopa Jr. in his attempt to get the brown amulet. Upon leaving the forest, our heroes find themeselves surrounded by sweets of all kinds: it's time for Sugary Canyon, where Lemmy Koopa resides, who with the help of his feared Ancient Dino Rhino imposed his rule over this sweet land trying to get the orange amulet. After defeating the latter, our heroes climb a very high skycraper and they find themeselves in a beatiful, night skyline, Cheese Moon City, whose beautiful starry sky is polluted by the enormous amount of electricty used by Larry Koopa for his parties and his minion, Foonder, that helps him in finding the skyblue amulet.

After taking down Larry, all Koopalings suddenly reapper in the Koopa Clown Car, get back the amulets and escape to Bowser's Pit, Bowser's headquarter. Our heroes venture into this dark land, full of lava and volcanic caves, defeat once again the Koopalings, only to find themselves face to face to Bowser himself, who takes all the amulets with the Koopalings to his main castle, near the top of the Big-a-boom. There, Bowser's minions realize that their boss is not himself anymore, and decide to aid our heroes to defeat him, understanding that the whole world is in danger and that Duke Orion's spirit took over Bowser. After a long and dramatic battle, the latter is finally defeated, and our heroes' quest is finally over.

This game's Gameplay will be similar to that of the other New Super Mario Bros. games, but it will be mostly similar to the Super Mario 3D World style in Super Mario Maker 2; plus, many elements will return from early Super Mario Bros. games as well. Mario and Luigi, for example, will be capable to perform the Spin Jump with the same effects of Super Mario World. Peach will be a playable character, since Bowser won't kidnap her. A new Power-Up is introduced, too: the Super Kibble, which will turn the player in his Dog form. In this form, they can dig, they can bite the enemies and they can run faster, as well as smell goods like World Coins. About that, Star Coins won't appear, as they'll be replace by world-specific coins. Like most of the games of the main series, Bowser will be the main villain, and will be helped by the Koopalings again, which will be found at the end of the first seven castles. Bowser Jr, like in New Super Mario Bros. 2, won't appear. An item inventory will appear, too. The player(s) will be capable to store a max. of 10 items. Enemy Course will have a gameplay similar to that of New Super Mario Bros. Wii, in fact the player(s) will have to collect 8 eggs, like the balloons in the aforementioned game. Unlike the previous games in the series, this game won't feature Toad Houses, but rather shops held by various characters.

A 4 players mod is disponible as well, which will be similar to that of New Super Mario Bros. U. Unlike the aforementioned game, every single characters will be playable in single player mode.

Yoshis will appear in this game as well. Unlike the previous titles of the series, it will be possible to take Yoshi out of the levels. Baby Yoshis will return as well, but they won't have any special powers. They'll just grow up if they eat 5 enemies. Red Yoshis, Blue Yoshis and Yellow Yoshis won't appear in regular levels; they'll appear as the prize for clearing an enemy course.

Those bosses will be ecountered inside some Ghost Houses. They'll guard the secret exit of those ghost houses.

Main article: New Super Mario World (NSMWu) / List of Stamps
Like Super Mario 3D World, this game will feature stamps. There will be one stamp for each level. 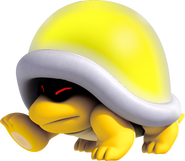 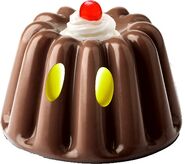 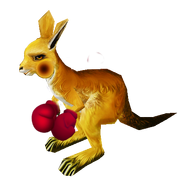 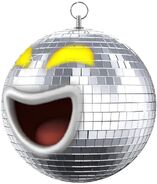