Nester was the original mascot of the Nintendo Power magazine and the star of a comic series, Howard and Nester (which was later retitled Nester's Adventures), that appeared in said magazine. Nester grew in popularity upon his first appearance, and was given several cameos in video games (NES Play Action Football, StarTropics and To the Earth to name three), before getting a starring role in the Virtual Boy title Nester's Funky Bowling.

Nester shares his physical appearance with another Nintendo character, Lark from Pilotwings 64. Due to the striking similarities, Lark and Nester are often regarded as the same person, and the September 1996 issue of Nintendo Power unofficially confirms this by stating "His handle is Lark, but everyone in class knows this guy is Nester." 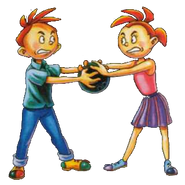 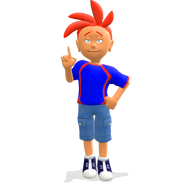