Ness is a playable character in Super Smash Bros. Calamity.

Dash attack's first and third hit are weaker and stronger by 1% respectively, but the attack overall deals the same amount of damage.

New up special, Teleport, which is better for recovery, but doesn't deal any damage.

PSI Magnet is now PSI Shield, which acts similar to the aforementioned move, but reduces x1.2 damage of an attack should the opponent hit Ness while its out.

Ness has a new Final Smash, PK Rockin', which is a Trapping Final Smash. 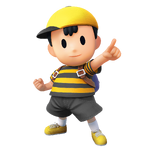 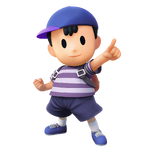 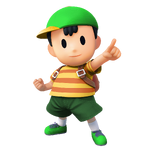 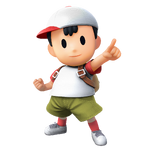 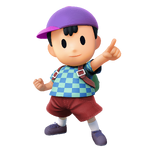 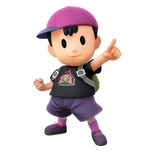 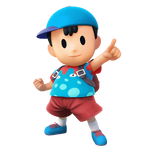 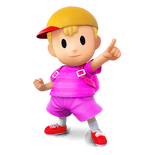 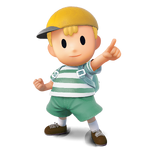 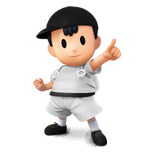 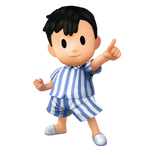 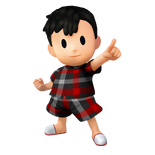 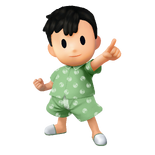 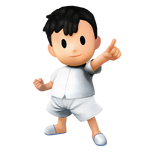 
Ness has an alternate costume that turns him into Ninten, which changes his moveset to his Super Smash Bros. moveset, with his side special being Brainshock, and down special being PSI Counter, and is acknowledged by the announcer and crowd as a separate character from Ness.

Retrieved from "https://fantendo.fandom.com/wiki/Ness_(Calamity)?oldid=2565563"
Community content is available under CC-BY-SA unless otherwise noted.