Ness is the 13 year-old protagonist of Earthbound from the EarthBound series. Ness has the gift of PSI, powerful psychic powers, which he's acquired since he was at a very young age. Ness also currently lives in Onett, his hometown, and he began his perilous, life-changing journey there long ago when a meteor struck the hills near his hometown and he went to investigate, as well as find his irritating neighbor Porky's little brother Picky. Out of the meteor came Buzz Buzz, who told Ness of the impending attack of the malevolent alien Giygas, and Ness then set out to stop the invasion and save his world, not without the help of fellow party members Paula, Poo, and Jeff Andonuts.

A Non-chibi Version of Ness appears on Earthbound Fighter and Sports.

Ness has appeared in every installment of the Super Smash Bros. series to date. His voice actor in all four Super Smash Bros. games has been Makiko Ōmoto, who also voices Kirby. As Kirby gets new lines for every single Smash game, so does Ness.

Many of Ness' moves in the Super Smash Bros. series are moves he did not actually learn in Earthbound/Mother 2. PSI Magnet, PK Fire and PK Thunder were originally used by his partner Paula Polestar in the game. A possible explanation for this discrepancy is offered in the sequel to this game, Super Smash Bros. Melee, which states that Paula may have taught him these techniques.

Ness is a returning veteran in Super Smash Brothers Ultimate Fighters. He confirmed to appear on May 29, 2018 alongside the rest of the original 4 unlockable characters.

Ness appears as a Hidden Character. 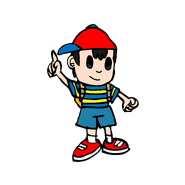 16-Bit Ness, as he appears in EarthBound. 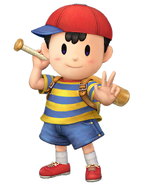 A fan art of Ness made by shinymawile from DeviantART 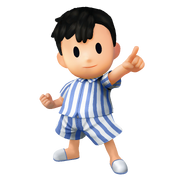 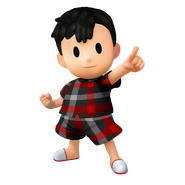 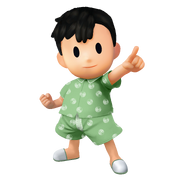 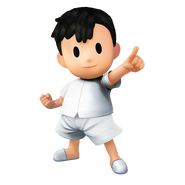 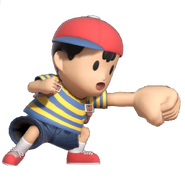 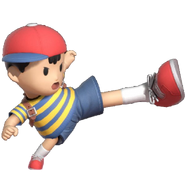 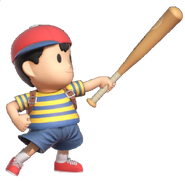 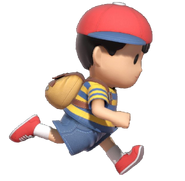 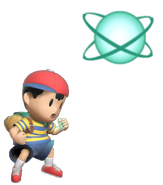 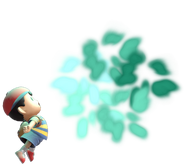 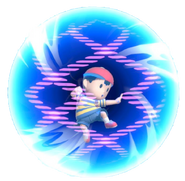