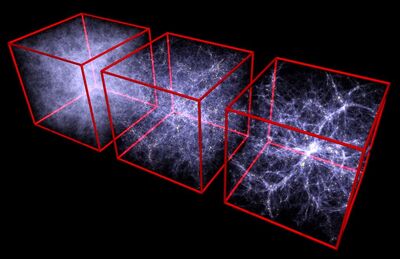 The Neoniverse is an artificial computerized universe consisting of three exoverses. It was created by scientists on the planet Exago in the year 3108. Many of the planets in the Neoniverse have been settled on by humans and so are similar to Earth, while others The entire system exists as one large inter-galactic co-operating organization, where each galaxy is home to several million nations, each with their own governments, cultures, geography and history. The population of the Neoniverse is mainly humans, but other animals have been introduced and some saved from extinction by being sent here.

Most countries share the same currency, depending on the galaxy they are in. Some countries used items as currency, such as Mikrato, and so the entire system exists like a trading program. However in these places, some of the prime issues include 3D printing of items and forgery.

Compared to the Universe, the Neoniverse is home to a mysterious range of different problems, including some which the Universe would never experience. For example, some of these problems including unreality fever, apocalypses, lunar explosions, cross-galaxial sickness, blue goo, past-future transportation, celestial wolves and ghosts.

There are 124 inhabited galaxies in the Neoniverse, each consisting of at least 1billion people. Some galaxies are copies of the Milky Way created by the Space and Time continuum network, constructed by scientists, but replaced gas giants with large planets consisting of land, water and fire, or the three elements. Other galaxies were made with differences which would help the people who exist there.

There are ten main galaxy supertriomphs (areas of close trade and contact), these ten supertriomphs go by the names of Sensoria, Luminencia, Santa Malasia, Japoria, Exolonia, Demponia, Tillionia, Eightilia, Chantelia and Murkelia. Each of these systems contain thousands of routes and exist as alliances to protect all of the countries they own.

Out of the three exoverses, only one has been explored and civilised, the other two are still being created through the means of the STContinuum Network so they can be settled on.

In the 32nd New Century several countries had already colonized all of the planets in the Milky Way, Andromeda, Sagatarrius, Boots I and Ursa Major II. The population of the amount of humans in the Universe had swelled to approximately 55billion. Most planets had been taken over and terraformed, with many seas being made and the making of machines which could turn gases in to solids at high temperatures, allowing gas planets to be colonized.

Scientists soon made the discovery of matter which could create another dimension inside the universe, which would transport them to a far place that possesed a lot of dark matter. Later, after trying this experiment several times, they succeeded, and it took the scientists to a far away place at the corner of the Universes edge. Scientists soon learnt they could use electronic currents and celestial beams to change the dynamics of this place and form a galaxy. This galaxy was named Neon, however it was never colonized due to the proximity to the sun of another galaxy.

After using the currents to create a galaxy, SeventhHeaven, then called Anatax, worked on creating another Big Bang to set off a new universe. They did not do it in our universe though otherwise the force of the explosion would have destroyed everything. They managed to create an astronomic realm on a computer, which sent signals to a planet named Astromica and set up a portal there. The astronomic realm formed inside of the portal and while it was being made, oxygen, carbon dioxide and nitrogen went through the portal.

The new realm was now complete but it was completely empty. Anatax had now found a way for it to build planets through this computerized signal system that had been created.

Once the new universe had been created, they sent a test robot through to check it was safe and that it led to a solified place. The test came back positive. The new universe was safe and inhabitable. An artificial universe had been created. As soon as the news reached the Galactic Alliance on Earth, every country was given a planet in the universe, though many had to share with other countries, new cultures formed, new foods, new illnesses and most importantly new countries.

Inside the Neoniverse, life was very different to the universe. Tension rose between all the countries in the Neoniverse, argueing who should get the larger planets and the more space. Most solutions were obvious, but some were more obscure. Some said that the bigger you were in the Universe, the smaller you should be in the Neoniverse, while others said that newly found countries should be made, as in reality, you can not have one country seperated across two huge universes. This was chosen as the option.

Not so long after the country arguement, the Levant of Jenus Aggrabus, a nation that formerly existed in both universes, soon invaded the newly found nation of Irisia, a nation which had taken over the land Jenus Aggrabus owned before. The Galactic Alliance on Earth banished Jenus Aggrabus from the GA and took over it's land until they stopped invading Irisia. Irisia soon declared war on Jenus Aggrabus, and then JA did the same but back to Irisia. Galactic Alliance on Earth declared war on Jenus Aggrabus. Meanwhile, Soviet Republic of Serus, another nation which formerly existed in both universes invaded Changoon, the country which took its land.

While neither country had stopped fighting, Irisia took back the land that they almost lost and Changoon became part of Irisia. No peace treaty was ever signed.

The issues of future now

In the Neoniverse, futurism had became a major part of life. Universal Supremes began to realize that they could make what ever was scientifically concievable, and so galaxial arcologies were built, with inter-galactic highways, with several ways to travel between places. Diseases that never would have reached earth begun to terrorize the people they affect, with unreality fever being the main form of death in the Neoniverse at the time. After the introduction of wolves to certain planets, the different atoms meant that wolves had a categorical change in their brains and could potentially go mentally insane and try to kill all around them. This became a huge problem on these planets.

Portals were put in airports for quick, cheap travel, but there was always the chance of portal sickness, past-future transportation and death, so it was often more reccomended to go by SOL planes.

In the Neoniverse, 'Gods' otherwise known as the creators existed. As religions had became extinct, the definition of God now meant, someone who you look up to. The Gods of the Neoniverse had the potential to kill every living being in it within twenty seconds. Every Neoniverse 'God' has a key that can prevent terrorists, protesters and deatheaters from destroying the entire Neoniverse system. They are littered all around the Universe and the Neoniverse so it would be harder to retrieve the keys. Each 'God' has a special power, other then Electra who is the supreme and can do all of it.

The following people are gods:

The Neolympics is an annual sporting event which happens in the Neoniverse, where each Neoniverse nation competes against eachover to get medals, Galaxite (Blue in colour, highly valuable), Silver and Bronze. Gold would have been preferred but due to the non-existence of gold in the Neoniverse, there is no gold medal. Each country must taking place must have at least 10 competitors.

Neononivision is an annual singing competition which takes place in the Neoniverse. Every country in the Neoniverse enters a singer or a group in to the competition. Each competitor gets rated by it's uniquity, singing skill and performance.  Each competing country will vote on other songs to give them points, and the song with the most points in the end wins.

The culture of the Neoniverse is very much like the Universe, but several new cultures have been created, usually created when two cultures combine, for example Otaku and European cultures combined and created what is now known as the Persova culture.

Music in the Neoniverse is very varied depending on the place. Idol pop is very popular universe wide and so is technopop. Japanese music is very popular, in both universes, due to the Japanica craze of the 32nd New Century. Vocaloid has been used to mimic dead stars' voices.

Stars from the music industry include Hatsune Miku, who is known to be the longest lived musician, Kaidso Samus, a singer who moved from the Universe at the dawn of discovery, Haruhafa Amiso, who remixes retro universe songs, Chenelle DX, a bitpop singer, Perfume, the same vocals as the Perfume from the Old Universe of 2015, but instead made in to vocaloids.

Food in the Neoniverse is known to be more flavoursome, healthy and expensive. Many foods from the Universe were taken in to the Neoniverse and so the recipes still circulate in logicas (automatic books) and legicas (books). Once again referring to the Persova culture, sushi is very popular, as is egg dishes, hense why tamago sushi is very popular. Derumpa is a stylish food for the nouveau riche which consists of caviar, monokoto brains and turtle skin. It is generally served with limota, a tangy fruit, which was created virtually.

Gaming in the Neoniverse is very high tech. It is estimated that in the 1st Exoverse 19/20 people have a VR headset and 16/20 people have a game portal. The top game companies are now Genesis: who developed the game portal, Oculus, who has made 16,000 variations of it's original Oculus Rift headset, Nintendo, who is continuing to make games, but not consoles, and finally Sony who made the most money with it's 24th VR headset; Glass 4 in 3260.

XBox is now a console owned by Sony, although there has not been one since the XBox Guru in 3069, over 100 years ago.

To get from the Universe to the Neoniverse, you must use a portal. Emigration is free, but holidays can be extremely expensive. Inside, the portal will take you to an portalbase, the portal equivalent of an airport. You will find MagLev trains running to and from planets and journey times of up to 30 hours, which shows how quickly transport is here. Portals to other locations other than the Universe are very expensive and can course lots of different injuries. Outside the Portalbase there is a highway, a bus transit system, an airport and launcher rail.

The Gaming dimension is at the edge of the first colonized exoverse. It is a hall of millions of GamePortal games where players go before entering their game, where the player will take the roll of the person they play as in the game. If the player dies they will be taken back to the Gaming Dimension.

Retrieved from "https://fantendo.fandom.com/wiki/Neoniverse?oldid=2860667"
Community content is available under CC-BY-SA unless otherwise noted.