N-Stars is a platformer rpg that stars primarily Nintendo characters, in addition to many other "video game all-stars". It is being developed for The V² by Toroko. It will feature a cast of 100+ playable characters.

Nintendo's all-stars band together for a universe-expanding journey that will take them through the worlds of Nintendo and beyond to stop an evil threat that threatens all of their worlds. You'll have to jump, attack, and level through these familiar worlds in a unique RPG/Platformer style game with the signature Toroko polishes. 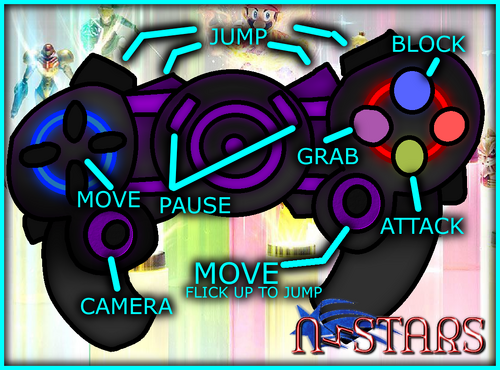 N-Stars plays somewhat similarly to the Super Smash Bros series' Subspace Emissary and Smash Run. Characters must go through the levels with a unusual blend of platforming and exploration. Players are tasked with strengthening their attributes via finding items in chests, as well as defeating numerous enemies.

Each character has a list of skills to attack and block with that they can gain by leveling up which is gained through finding N-Points.

The game begins with some gameplay of Sheriff that plays out like the original: shoot the bandits while dodging shots yourself. Suddenly the screen glitches as Umbra appears on the screen and then a mess of pixels fills up the screen. Sheriff lands in a white void where his movement is more two dimensional. He heads to the right of the screen and winds up in the Mushroom Kingdom.

The first chapter sees Mario and Luigi encountering Sheriff, who tries to tell him about what happened to his world but their focus is redirected to Peach's Castle, which is under attack by Ojay. Traveling towards the castle, they come in contact with a bunch of strange enemies, some of which aren't from around here.

After getting to Peach's Castle, Peach and Toad join to battle Ojay. The first phase takes place within the castle walls, but soon moves to the woods where Wanda joins the battle. After defeating Ojay, he transforms into a portal, which leads into the Game Vortex.

In the Game Vortex, Game Boy is fighting off some of the same enemies that were in the Mushroom Kingdom. The group joins him in tackling the enemies and heads forward into the next portal, leading to Hyrule.

In Hyrule, they see another monster, this time a strange monkey called Lorenzo, attacking the castle. The group journeys to the castle, teaming up with Link, Zelda, and Impa to take down Lorenzo. As the group finishes up, the Game Vortex opens up, revealing E. Gadd, who tells them that somebody is attacking the universe itself.

Chapter 3 - Into the Nightmare

There is a wide range of worlds in N-Stars, and some you will have to visit multiple times over the course of the story. Initially the Game Vortex is used to travel between worlds, but by the end of Chapter 2 this is negated by the Star Road. The Star Road is a World Map that allows you to travel to any world, including "Vortex Spaces" that are smaller worlds with one or two characters to unlock.

Every character must be found before they can be played, with the exception of Sheriff. You play as Sheriff at the start of the game and recruit characters as you go along. 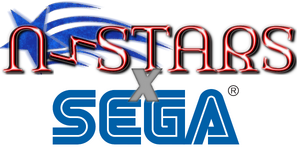 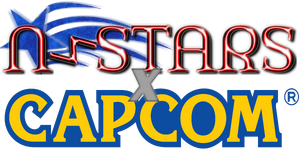 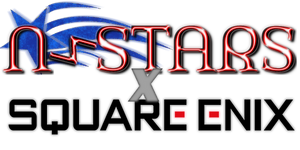 Hmmph... Not quite sure where these go just yet!

Each world has a boss held within it for each visit. Some may become your allies.

All worlds have a vast collection of enemies from all over the Nintendo universe, all being led by Umbra and his commanders. Some of these enemies might even be playable later on.

Beta Logo
Add a photo to this gallery

Retrieved from "https://fantendo.fandom.com/wiki/N-Stars?oldid=3211078"
Community content is available under CC-BY-SA unless otherwise noted.