My Bleak Empire is an open world survival fighting video game, intended as the spiritual successor to bleak's (t∣b∣c) failed and outdated umbrella titles. It is rated "M" by ESRB and "18" by PEGI for violence, obscene language, fearful scenes, sexual references, and drug references, with releases on the Nintendo Switch, Xbox One, and PlayStation 4 consoles in 2018.

The game features a diverse cast of video game characters who have been captured or recruited for a 'hunger games' styled competition where the last person alive wins and is allowed to leave the game.

Story Mode: The End of My Bleak Empire

The End of My Bleak Empire is the story mode for the game. Much of the game's story is influenced from monarchy and power, with many references to chess.

The End of My Bleak Empire is broken down into seasons, like a television show, and presented through episodes. The entirety of season one was released alongside the base game, with more seasons being released in the future for free when they are completed and ready to go. This was decided to help boost the longevity of the game after it's initial launch, to keep more people interested for a longer time. The episodes are very long time-wise, and can take anywhere from one hour to four hours to complete depending on the content within it.

My Bleak Empire plays similarly to the Radioactive series. In free play, you select any character from the roster and are unleashed into an arena where you have to fight other players to the death. However, it isn't as simple as that, there are several other internal and external factors that will affect how you play the game, such as weather conditions, malnutrition, wild life, disease, and technology. However, in the story mode of the game, these conditions may be more restricted and controlled for story purposes.

Every character has a health gauge in the arena, which can be affected by many things around you. For example, if you don't regularly eat healthy food, or drink clean water, you can lose health through being hungry and dehydrated, making your travelling speed decease as you're more sluggish and slow. Lowered health also has an effect on your senses; it can make your eyesight become blurry and you can lose balance easier. You can regain health in several ways too, through eating healthy, drinking clean fluids and staying dry. You must also make sure that any wounds you sustain from combat are treated appropriately as fast as possible, as that will have an everlasting effect on your health.

Enemies are broken down into regular characters and bosses, with bosses being seen as more threatening and are generally harder to defeat. 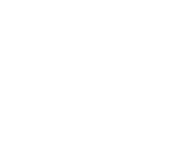 One of the big gameplay mechanics in My Bleak Empire is Hell's Angels. Hell's Angels work like supporting characters, who are summoned into the arena for a short period of time, who will want to kill anything they can find. The angels are summoned when your Hell's Angel gauge is filled through surviving for 5 real-time minutes. Hell's Angels get summoned through a Pentagram on the ground. You can select in what sort of region of the arena you want to deploy your hell's angel, but it won't give you any insight to what characters are in that arena. They will stay in effect until somebody defeats them, or until the original summoner replaces them with another Hell's Angel.

The battlegrounds for My Bleak Empire are separated into arenas, which can be accessed through special portals located all over the arenas. As more deaths occur in the story, more Arenas are opened up to the surviving participants, which will also unlock them in freeplay.

My Bleak Empire will have its own complete soundtrack.

My Bleak Empire has been very positively received, by critics and fans alike. The game was initially teased in early 2016, which led some fans to speculate a new title in the Radioactive series following Remastered. The final logo for the project was teased at the end of Illusion Works' E3 2016 presentation, and then following the show it was confirmed that My Bleak Empire was the remake of the Radioactive series.

Due to being unreleased as of now, My Bleak Empire has no critical scores or reviews, or wikia awards. However, many critics have explained their interest and "hype" in the game and are highly anticipating its release.

Retrieved from "https://fantendo.fandom.com/wiki/My_Bleak_Empire?oldid=3012563"
Community content is available under CC-BY-SA unless otherwise noted.