Fantendo - Game Ideas & More
Register
Don't have an account?
Sign In
Advertisement
in: Free to use Characters, Characters, What is the New Fantendoverse?,
and 19 more

Mioda is the new identity Mondo adopted during Tragedy (2015). Unten and Zerita don't initially recognize Mioda but soon realize Mioda is Mondo after a couple of contextual clues. As the three forgive each other for their past faults, they learn that Doomulus Grime is using a planet destroying drill against Zeon. 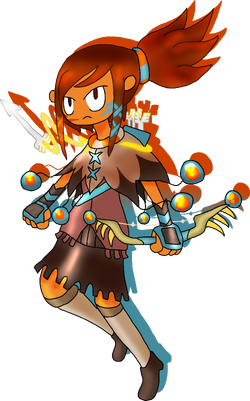