Start a Wiki
“I mean, It can't be "that" bad...”
— Mint getting nervous about the chaos in Fluff Kingdom.

Mint is a fictional character and mascot of NinRMAX. He first appeared in the game Mint's Tale. Mint strongly represents the Nintendo character Kirby. He is voiced by Tara Strong.

Mint's skin color is mixed up with light blue and light green. His shoes are green. Mint was planned to be orange but never was.

Mint is brave and sometimes shy, He's mostly happy when everything is going well and all. Mint is also mad when people get in his way.

Mint was a troublemaker in his past, He mostly would go on adventures by himself instead of doing his job and things. However, He still had friends that liked him and comfort him a lot. Mint didn't go to school very much, He's mostly learning about how to survive in the wild.

At 15, Mint is brave and now has a Ninja Star/Sword for a weapon. He gets along with people some. Mint still has his friends. His parnets really don't like him that much but Mint want's to live his own life.

Mint is the main hero in the game. He's the one helping the people of Fluff Kingdom not being killed.

Mint is the main character in the upcoming puzzle game. His friend Yap also plays a role in the game.

Mint is a hero and character in Fantendo Hunger.

Mint is a character in The Solar Prophecy. 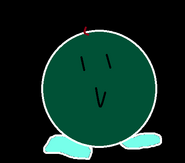 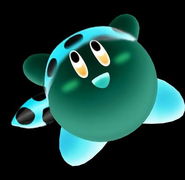 Mint in Ultra Fighters
Add a photo to this gallery
Retrieved from "https://fantendo.fandom.com/wiki/Mint?oldid=1308757"
Community content is available under CC-BY-SA unless otherwise noted.