Start a Wiki
Minnie Mouse - She is Mickey Mouse's sweet and very beautiful girlfriend. Like her name suggests, she is a mouse. She is voiced by Russi Taylor (but she was passed away in August 2019, R.I.P.).

Minnie Mouse is an anthropomorphized mouse with black fur and large, black, circular ears. She has long eyelashes and wears a gold tiara with a ruby Hidden Mickey-shaped symbol set in the middle. She wears an elegant ball gown with short, ball-shaped sleeves. The top of the gown is pink with red lining. The pink section sports a flower-like pattern inside circles that line the bottom. She wears another, salmon-colored layer underneath this, and a third, pleated, red layer under that. Minnie also wears white gloves that cover her whole arms and a large, red bow on the back of her dress. Interestingly, in Kingdom Hearts, whenever Minnie turns around, her ears remain a rounded shaped so they are constantly facing the screen, just like in Disney cartoons (the same rule applies to Mickey, who also has rounded ears when he appears at the end of the game, as in the cartoons). However, in Kingdom Hearts II (and all other games afterward), their ears stay in the same position whichever way they are facing (similar to how they appear in Mickey's Twice Upon a Christmas). This is the reason why in Kingdom Hearts Queen Minnie can't be turned around like all the other characters when watched in full view in Jiminy's Journal. 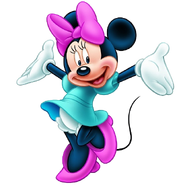 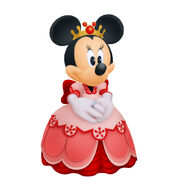 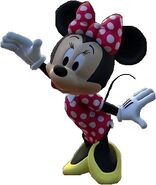 Minnie Mouse in Disney Infinity
Add a photo to this gallery 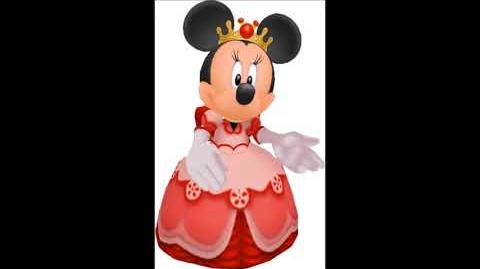 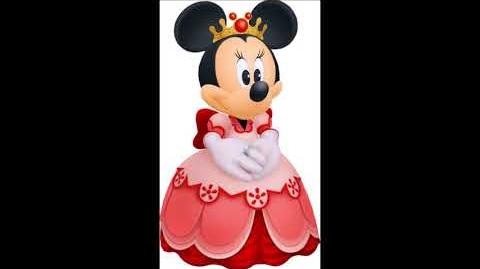 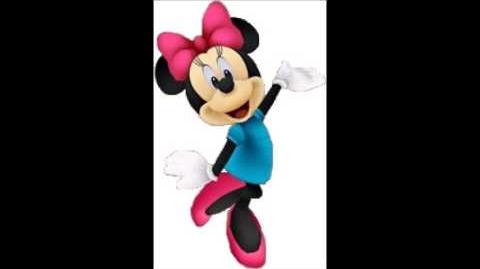 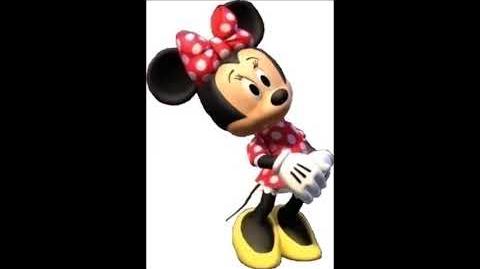