Start a Wiki
Minecraft is an open-world sandbox game made by Mojang. The creative and building aspects of Minecraft enable players to build constructions out of textured cubes in a 3D procedurally generated world.

On 18 June 2016, Minecraft: Zen OS Edition was released. The port concentrates on the creative building and the primitive survival aspect of the game, and does not contain all the features of the PC release. Gradual updates are periodically released to bring the port closer to the PC version.

Minecraft is an open world game that has no specific goals for the player to accomplish, allowing players a large amount of freedom in choosing how to play the game. However, there is an achievement system. Gameplay by default is first person, but players have the option to play in third person mode. The core gameplay revolves around breaking and placing blocks.

At the start of the game, the player is placed on a procedurally generated and virtually infinite game world. The world is divided into biomes. Players can walk across the terrain consisting of plains, mountains, forests, caves, and various water bodies. The in-game time system follows a day and night cycle, with one full cycle lasting 20 real-time minutes. Throughout the course of the game, players encounter various non-player characters known as mobs, including animals, villagers and hostile creatures.

The game world is procedurally generated as players explore it, using a seed which is obtained from the system clock at the time of world creation unless manually specified by the player. Although there are limits on movement up and down, Minecraft allows for an infinitely large game world to be generated on the horizontal plane, only running into technical problems when extremely distant locations are reached. The game's physics system has often been described by commentators as unrealistic.

The game primarily consists of three game modes: survival, creative and adventure. It also has a changeable difficulty system of four levels; the easiest difficulty (peaceful) removes any hostile creatures that spawn.

The Zen OS version of Minecraft has some items that separate it from the other versions of the game: One of them is a block that detects when a player is near it, called "Near-field Detector" 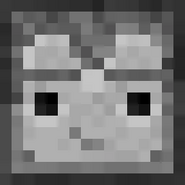 The NFD's texture
Add a photo to this gallery

There is also a new item called "Tungsten". Because of its weight, you can't make armor nor tools with it. However, you can make blocks with it that are extremely resistant and are fire-proof. 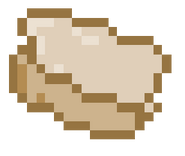 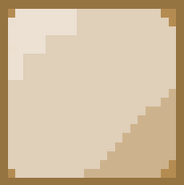 Tungsten Block's texture
Add a photo to this gallery

Another feature that is exclusive is an Over-shoulder view, shown in the Screenshots section.

There also is amiibo functionality, although it's entirely cosmetic. It changes the player's skin to look more like the character from the amiibo.

Also, an item from Minecraft: Story Mode makes an appearance. The Redstone Heart is a power source that can power Redstone up to 50 blocks. 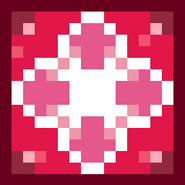 Redstone Heart's texture
Add a photo to this gallery

There are also some completely new animations for the player, shown in the video below.

The original bloody pigman are back in the game after a decision of making the game more "mature". 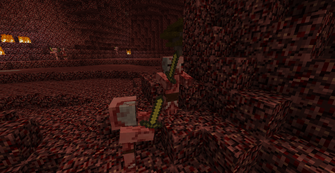 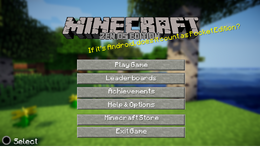 The Redstone Heart in-game
Add a photo to this gallery

Retrieved from "https://fantendo.fandom.com/wiki/Minecraft:_Zen_OS_Edition?oldid=2206712"
Community content is available under CC-BY-SA unless otherwise noted.