Mimikyu is a Ghost/Fairy Pokémon that was introduced in Generation 7, in Alola. It is known as the Disguise Pokemon and highly resembles Pikachu. It doesn't evolve into or from any other Pokémon.

Mimikyu lives its life completely covered by its cloth and is always hidden. People believe that anybody who sees its true form beneath the cloth will be stricken with a mysterious illness. People in the Alola region are convinced that you must never try to peek beneath its covering. Mimikyu’s health fails when it’s bathed in the rays of the sun, so it prefers to stick to dark places. It’s rumored that the reason it covers itself with a cloth is to avoid sunlight.

The rising popularity of Pikachu-styled merchandise around 20 years ago is the reason that Mimikyu makes itself look like Pikachu. In fact, this Pokémon is dreadfully lonely, and it thought it would be able to make friends with humans if only it looked like Pikachu.

Mimikyu has the Disguise Ability, a new Ability that no Pokémon has ever before possessed. The Disguise Ability allows it to escape damage from an enemy’s attack just one time, and then its appearance changes. In Generation 8, the ability was slightly nerfed to damage it a little when the Disguise is busted.

A lonely Pokémon that disguises itself as one of various other "cute" Pokémon to try and make friends. Too bad it's so lonely because those who see what it looks like underneath are scarred for life.

Legend has it that this is the form of Mimikyu that emerges if you try to look under its disguise rag.

Mimikyu's disguise is based on Pikachu, but the origin of the Pokémon itself is currently unknown.

Mimikyu is literally the phrase "mimic you". 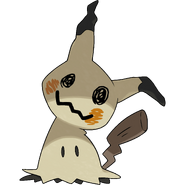 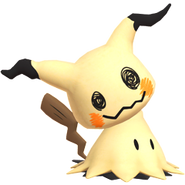 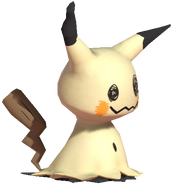 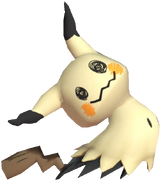 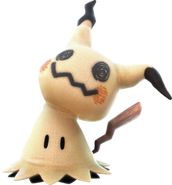 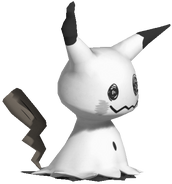 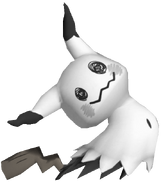 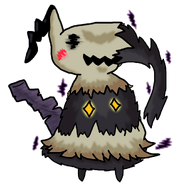 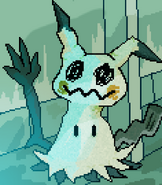 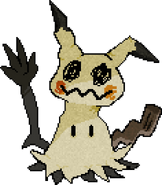