Start a Wiki
“You knew about my parents?”
— Micool's Third Quest: The Key to his Mother's Past.


Micool McGreat, otherwise known as Micool the Master or Micool the Second, is the main character of the Micool series. He is son of King Micool that ruled over the Micool Guys a long time ago. When Micool was eight and a half, King Micool the First was killed by an assassin. So Micool had to be raised by his aunt until he was old enough to take his place as the master of the Micool guys and the kingdom. Over the years he was content with his life and power. One day Micool met a beautiful women named Flora Gardenia who took care Micool's gardens. She made the most magnificent plants and made the gardens full of life. He decided to marry her but the day he was going to ask her she got kidnapped by the same guy who was ordered to kill King Micool the First. He decided to save her by using his father's sword and his wits. He went over many worlds defeating his minions and finally got to his castle. He defeated him and saved her. He asked her the question and she said yes. They got married and she became the Queen of Micool's Kingdom. They made a game for it called Micool's Quest but Micool's greatest adventures haven't even truly begun.

He appears in the sequel game titled Micool's Second Quest: The rebellion of Nightmares that came out this year in October. It reveals the true antagonist that started the war.

The Key to his Mother's Past

He is going to be in the third game in the series Micool's Third Quest: The Key to Queen's Past. In the game he tries to find the key that can make a portal to Subcon where his mother died.

Micool appears in Fantendo Kart Ultra as a default character. He's in the Power class, he usually rides Master Kart and his special item is titled "Shrouding in Darkness".

Micool appears in the game Fantendo Kart Dimensions as a Default player.

She lives happily together with his wife. Except when Groudous Maximus constantly tries to steal her, other than that they live in contently in there castle.

A good friend of Micool. He helps in his adventures and they get along good together.

His humble servants help him time to time in some adventures. He tries his best to help them too.

Being his Arch nemesis, they hate each other greatly. Mostly because he was the cause of his father's death and he constantly kidnaps his wife. They are seen mostly dueling themselves on the battlefield.

Micool has been with Clyde in a bunch of variety of sports games. Other than that he's not sure if he is a friend or a foe, but he is sure one heck of a rival.

A smart and special Tanooki that can help anyone with anything. He is also a good fighter and a good friend of Micool.

He is described as smart, funny, kind, helpful, brave and willing to do what he can. People like being with him, probably because of his personality and unique abilities. He can fight, cook, play sports well, and can cooperate to solve a situation. 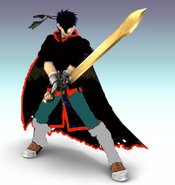 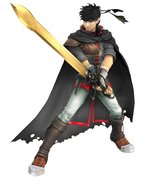 Micool as he appears in Micool's Third Quest: The Key to his Mother's Past. 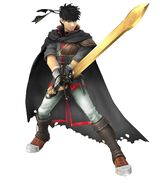 Micool's design in Fantendo Smash Bros. Shattered
Add a photo to this gallery

Retrieved from "https://fantendo.fandom.com/wiki/Micool_the_Master?oldid=2062890"
Community content is available under CC-BY-SA unless otherwise noted.