Mewtwo makes its third return to the Super Smash Bros. franchise in Super 5mash Bros. 5. Mewtwo retains much of his past designs and movesets while incorporating his new moveset as well. It retains its design from Super Smash Bros. 4 which refrences its Pokemon Red and Blue design. Mewtwo also has two voices: a male and female voice that is randomly chosen upon picking it on the character select screen.

Mewtwo is fought on the "Tower of Mastery" stage.

Note: Mewtwo has both male and female voiced lines as its victory poses which will appear randomly.

Mewtwo's trophies can be earned by completing Classic Mode, Adventure Mode, All-Star Mode, and Boss Battle mode. In addition, further trophies can be found during matches and at the Trophy Shop. 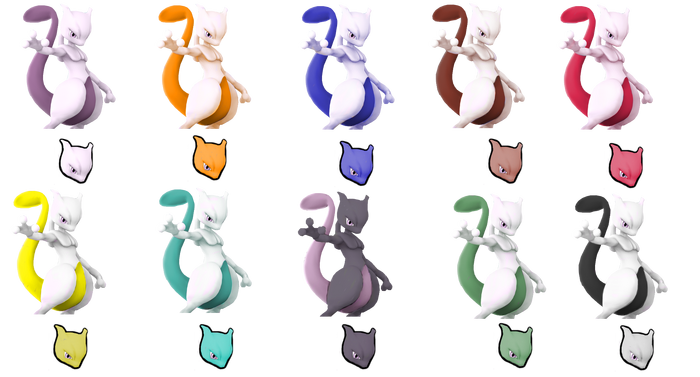 Retrieved from "https://fantendo.fandom.com/wiki/Mewtwo_(Smash_5)?oldid=2176659"
Community content is available under CC-BY-SA unless otherwise noted.