Metroid (Japanese: メトロイド Metoroido) are a species of organisms that are the main enemy and title for the Metroid (series). The organisms were created by the Chozo and first discovered on the planet SR388.

The Metroid were originally used as bioweapons by the Space Pirates as they feed on "life energy" of their prey. Metroids leave all the prey's blood and organs intact, but leaves them without the energy necessary to contain life.

The Metroids were long rumored to be created by an ancient race, eventually being revealed that it was the Chozo who genetically engineered the species. They were created in order to prevent the spread of the more dangerous X Parasites.

After hatching from an egg, a normal Metroid will metamorphose through six stages of life. Beginning as an Infant Metroid, it will eventually mature into an Metroid Larva, followed by an Alpha Metroid, Gamma Metroid, Zeta Metroid, and finally into an Omega Metroid. Some Metroids that possess specific genes are also capable of evolving into a Queen Metroid, the only stage where a Metroid becomes fertile and can lay more eggs.

The body of a typical Metroid consists of a thick gelatinous membrane like a jellyfish. Inside the membrane is a set of three to four red, raspberry-shaped, quadripartite/tripartite nuclei.

They have two pairs of mandibles, one for gripping their prey and the other for extracting its life energy. It is explained that Metroid hover in the air due to the use of kinetic energy stored in their bodies, allowing them to defy gravity.

Various Metroids appear within Jake's Super Smash Bros., with both the Larva and Omega stages making prominent appearances. A Larva Metroid makes an appearance as an Assist Trophy summon, and will latch onto enemies and inflict damage upon them after being summoned. More notably, an Omega Metroid appears as a playable character, being primarily based upon the Omega Metroids featured in Metroid: Samus Returns. 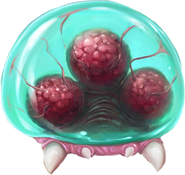 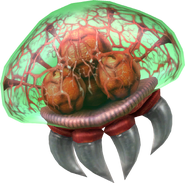 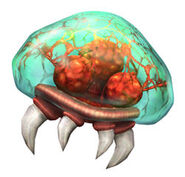 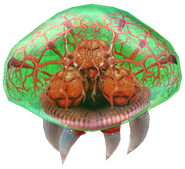 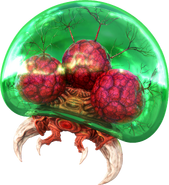 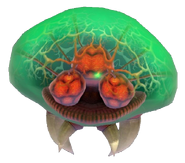 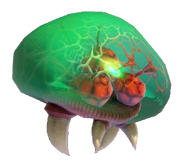 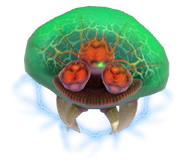 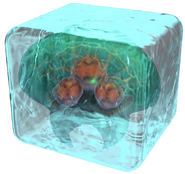 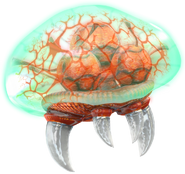 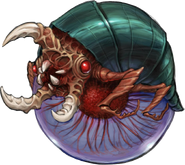 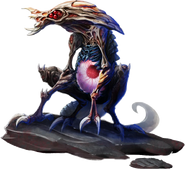 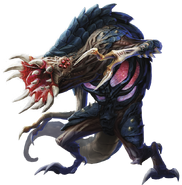