Meowbot is a robotic cat that originally was made by Rowan Productions, but is now owned by APIM Group, Inc. because the original creator left and his company is defunct. Meowbot will aid Woofbot in an upcoming game.

Meowbot is a pink, cubical, mechanical cat, and sports various traits seen at a feline. Like Woofbot, Meowbot has a red visor and a light gray, nose-like mechanical object. She also sports a mechanical balloon shaped like a heart 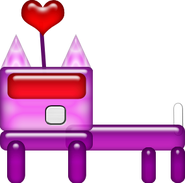 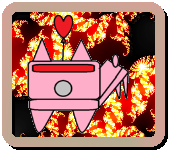 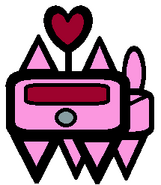 Paper Meowbot
Add a photo to this gallery
Retrieved from "https://fantendo.fandom.com/wiki/Meowbot?oldid=2099831"
Community content is available under CC-BY-SA unless otherwise noted.