Marth was the son of King Cornelius of Altea and the younger brother of Princess Ellis. However, when Altea was invaded by a neighboring country, Doula, his father was killed and his sister was taken hostage. He was then exiled to the island kingdom of Talis. Two years later, Talis was overrun by pirates. The princess and Marth's longtime friend, Sheeda, seeked Marth and his army for help. He agreed, and after they sent the pirates packing, he went on a quest to win back Altea. In the end, he obtained the Fire Emblem and the Falchion sword, both of which were weld by Marth's ancestor Anri, defeated the Dark Sage Garnef as well as the Dark Dragon Medius, rescued Ellis, and liberated his kingdom.

Five years later, an ally of Marth's, Hardain, betrayed him by taking over and ruling the entire continent of Akaneia with an iron fist. He then gathered up his remaining allies and set off to defeat Hardain. When he did, Hardain revealed that he was possessed by Medeus, who was still alive. Afterwards, he got back the Fire Emblem and Falchion, and defeated Medeus again. This time for good. Afterwards, Marth, now king of Altea, married Sheeda and restored Akaneia to it's former glory.

Marth will be in the game Super Smash Bros. Collide as the Swordsman in Samus' Crew.

Marth appears in the first Sonic Speedball RPG game as a playable character but does not appear in any other games in the series. 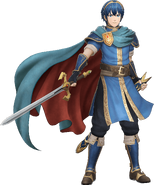 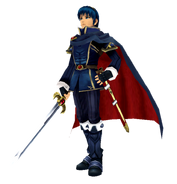 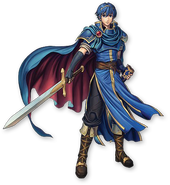 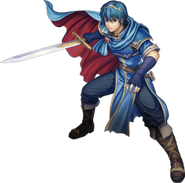 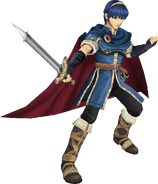 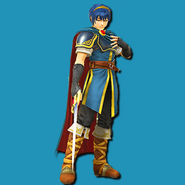 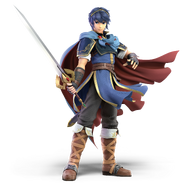 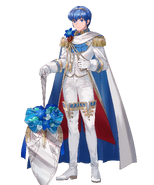 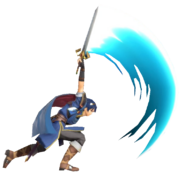