Mario Party Eclipse is a game in the Mario Party series and the sequel to Mario Party: Island Tour. It is to be released sometime in June 2016 for the Nintendo Eclipse. It has a total of 28 Playable characters and an extra 16 DLC Characters as well as the 2 Special Characters.

The Game has some unlockable modes, the modes don't really effect game play by much and are usually just for preference when playing, the modes are listed below. 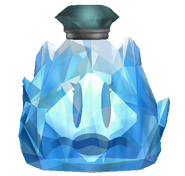 Princess Amena
Add a photo to this gallery

Retrieved from "https://fantendo.fandom.com/wiki/Mario_Party_Eclipse?oldid=3202096"
Community content is available under CC-BY-SA unless otherwise noted.