Mario Kart Double Dash 2: Worldwide Circuit is an upcoming video game in the Mario Kart series. The game is scheduled to be released on the Nintendo Power Box in June 2016 as the thirteenth Mario Kart game overall.

Mario Kart Double Dash 2: Worldwide Circuit returns to the double player concept originally used in Mario Kart: Double Dash!! in 2003, but also gives the game a new coat of paint to stop the game feeling the same. It is overall the second game in the Mario Kart series to be developed by Power Team, with the first being Mario Kart: Triple Drift, released in 2006.

Every character in the game has a default partner who they share a Special Item with. Each character also has a certain Skill Type that changes what they can do in races, which can include:

The colour of each character's name states what Skill Type they have.

Grand Prix is the main mode of the game, and pits the player in a set of four races and several different oppoments. Players get points depending on how well they do in the race, and which ever player manages to score the most points wins.

The amount of points each character receives depends on which engine class the player is playing on.

The player's point count will not drop below zero.

There are several different types of Grand Prix in the game, which include:

Italics indicate cups that are unlockable.

At the end of every Grand Prix, the top 4 groups in Solo GP or top 3 teams in Team GP are seen celebrating on a podium. The award ceremony takes place on the last race of the Grand Prix. If a character finishes 5th or lower in Solo GP or their team comes in 4th or 5th in Team GP, they will usually clap, although there are a few exceptions: 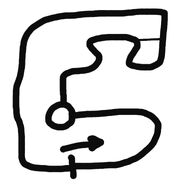 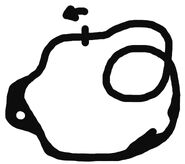 Delfino Mario
Add a photo to this gallery

Retrieved from "https://fantendo.fandom.com/wiki/Mario_Kart_Double_Dash_2:_Worldwide_Circuit?oldid=2383226"
Community content is available under CC-BY-SA unless otherwise noted.