Mario Kart 9: 第九ラップ (Ninth Lap) is the ninth installment in the Mario Kart series. It is for the Nintendo Switch and the C-Port

The game has 18 starting characters. 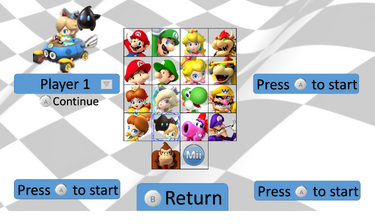 The game has 22 unlockable characters. 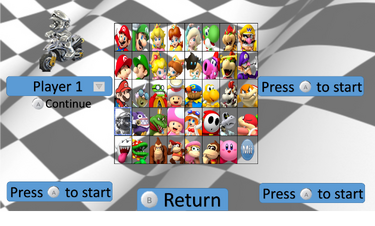 The game has 2 DLC packs, each with 4 characters.

This pack is called the Air Ride Pack. It consists of Meta Knight, King Dedede, the Koopalings, and the Axem Rangers. It also includes 7 more colors for Yoshi. It costs $5.99 and will be available on February 31, 2017, exactly one year after the game is released. 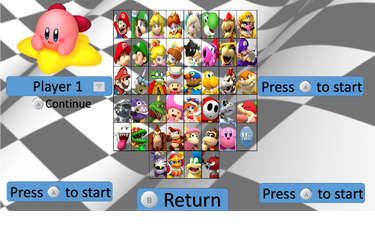 This pack is called the Arcade Pack. It consists of Pac-Man, a Space Invader, Dig Dug, and Donkey Kong Jr. It also includes 7 more colors for Shy Guy. It costs $5.99 and will be available on April 31, 2017. 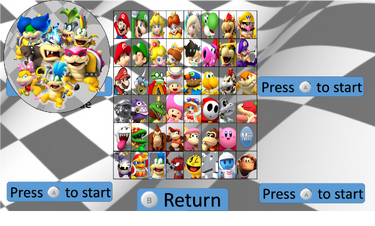